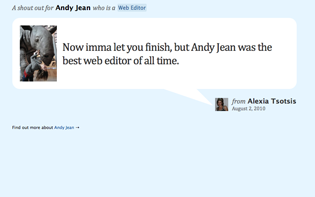 We’ve killed off reputation before, but it somehow refuses to die, with third party platforms like Unvarnished gaining traction in an entirely new sector of social, reputation currency. Quietly launching today out of DUMBO, Brooklyn (“the SOMA of New York City”) comes Sawhorse Media’s Shoutworthy, a social client that attempts to steal some of LinkedIn’s thunder and cash in on the unmitigated human desire to share via Facebook and Twitter.

Shoutworthy is partially angel funded and partially bootstrapped. Founder Gregory Galant’s previous Twitter-related endeavors include partnering with Lee Semel on The Shorty Awards,  Listorious, Muckrack and Venture Maven. Galant now wants to make it easier to give people recommendations socially, “You don’t get LinkedIn recommendations unless you get your friends to write them. Because ours are posted on Facebook and Twitter, people are forced to keep it short.”

It’s true, Shoutworthy’s “shout outs” are easier to write than LinkedIn recommendations and the service makes it easy for you to distribute them over Facebook and Twitter, using the APIs to automatically tweet them out and auto-post them to the recipient’s wall on Facebook. Unlike Unvarnished, each “shout out” is linked to your user profile, which means that everyone is held accountable for his or her reviews.

When asked whether this accountability would put the kibosh on people who wanted to post negative reviews, Galant responded, “We’re not encouraging people to [post negative reviews] … With Shoutworthy I get a testimonial page and see what my friends are recommending – If they’re shouting out five people those are five people worth paying attention to.”

There is currently a LinkedIn connect function on your Shoutworthy profile, and Galant plans on doing a deeper LinkedIn integration in order to further solve the recommender motivation problem. While the platform’s current utility is limited (Don’t people already uselessly shout at each other all day via Facebook and Twitter?), by incorporating features that post user “shout outs” directly to LinkedIn or some other site frequented by employers, Shoutworthy might actually be something to shout about. 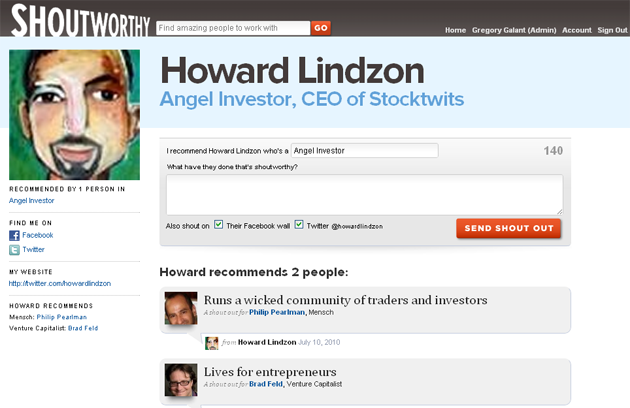 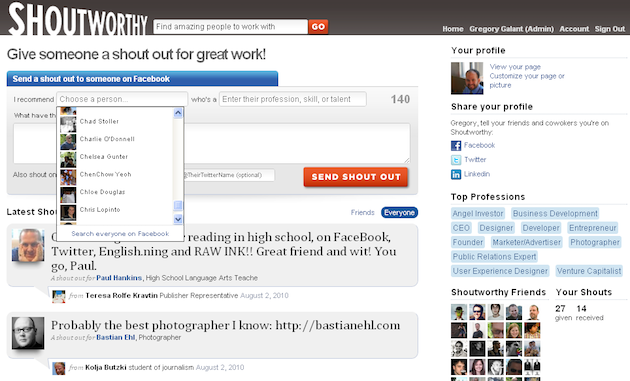