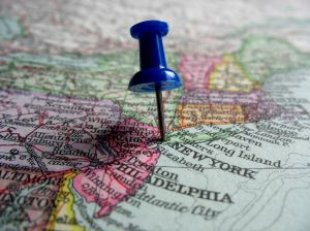 At Google I/O in May, the search giant indicated that they were about to take their commitment to location to the next level. Sure, Latitude had been around for a while, but everyone knew that Google could do more in the space. The announcement of some new location APIs seemed to a big part of the solution. And now comes the fun part.

Today on their Geo blog, Google is announcing that they’re beginning to open the Places API for business. The first developers getting access? Those working on check-in services.

Here’s what Google has to say:

We are going to focus initially on check-in applications. These are the applications that we feel the API currently caters to well, and we are excited to work with developers building these applications to understand their requirements, and ensure that we are offering them the best possible experience.

So does this mean the end of Foursquare, Gowalla, Loopt, and all the rest? Well, no. All this means is that it should be a lot easier for startups to build the next versions of those types of services. Of course, if you listen to Foursquare talk about it, they’ll say they’re already moving on to bigger and better things beyond simply the check-in.

Google is pointing those who wish to get access to this API to fill out this application form found here. Again, the focus at first will be on check-in apps, but they promise to expand the API to other uses once they feel it is up to speed.

They are also accepting check-in apps for this API built in conjunction with the Buzz API as well.

Just prior to I/O, Latitude manager Steve Lee hinted that some sort of check-in functionality was likely in the future for the service. At I/O, the Latitude API made it possible for others to build such functionality. But this new Places API will allow for location services built on top of Google’s data but independent of Latitude.