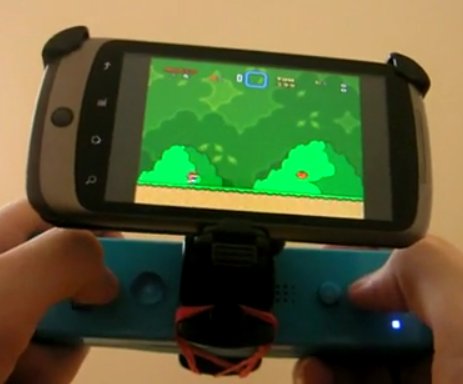 Is there any happier place on the internet than Make? Don’t answer that. Just watch this video.

What you’re looking at is a self-proclaimed “svelt and neatly pocketable” option for playing old-skool ROMs on-the-go (ah, I remember the days when these romz were nü skool, and were known as cartz, not romz. That’s right, I put 3 ‘z’s and an umlaut in that sentence) made from a bicycle handle holder for a Nexus One, a Nexus One, a Wiimote, and an elastic band. In my books, that’s makes baza210 a definite candidate for a gold star.

Better yet, as soon as PS3 controllers get decent implementation on Android, baza has vowed to make a video outlining how to modify the elastic band so it’ll fit on Sony’s black beast.