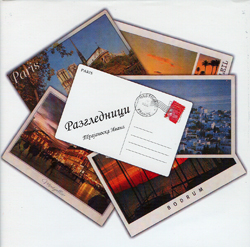 People don’t send postcards anymore. Why bother when you can photo MMS a friend? Attempting to restore some of the social experience behind photography, SwingVine has created SwingVine Gallery, an app that attempts to bring back some of the mystique and enjoyment of social photo sharing.

Using your iPhone’s camera and GPS, the SwingVine Gallery app allows you to send a photo to a friend “secretly,” a photo that they are unable to see unless they also participate by sending a photo back, sort of like a mobile game of photo tag.

While both the idea and the app interface are simple, SwingVine gallery does have its appeal, as it’s pretty hard to resist wanting to see whatever photo postcard is under wraps. I genuinely felt a level of excitement as I waited for my “secret” postcard to be revealed (It was, of course, a photo of the Eiffel Tower).

The app, expected to arrive in the app store within the next 24 hours, also functions as a photo album, with all the secret photos you receive being saved alongside your own personal photos. “Our goal is capturing people’s lives visually” says co-founder Ling Bao.

For those that can’t wait until it drops, you can try out the feature on the web here. 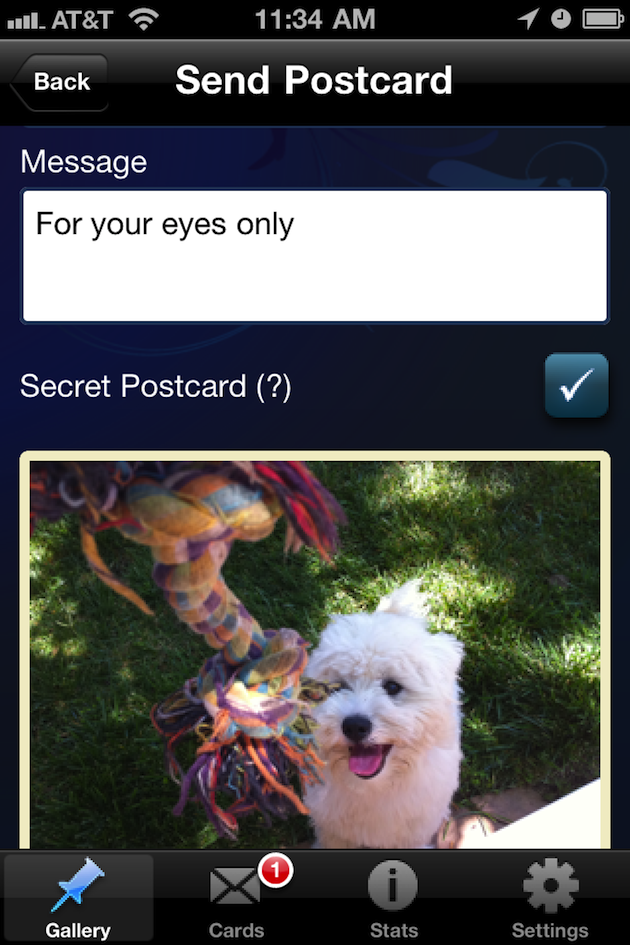 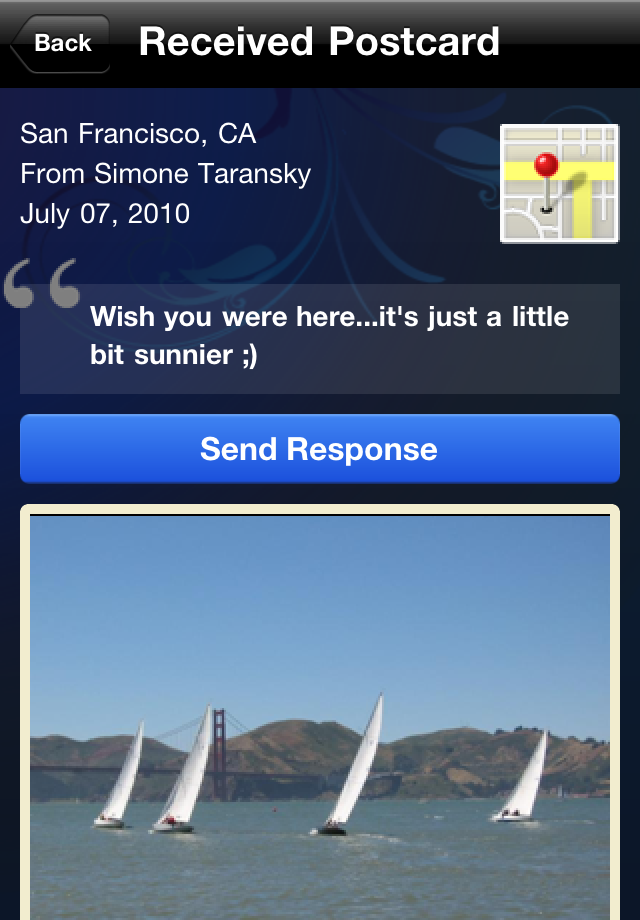