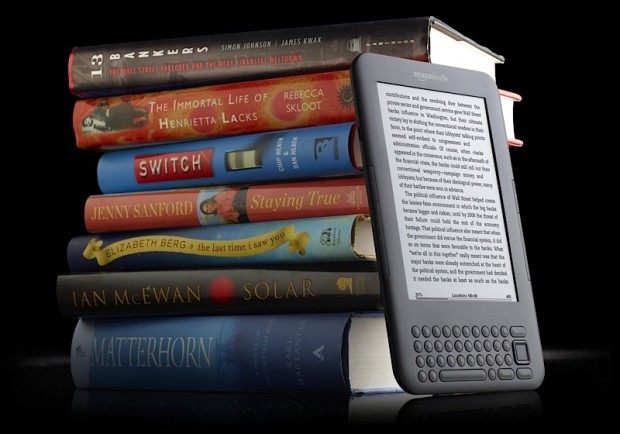 Amazon today unveiled the new Kindle e-reader, though it was not personally revealed by Bezos, as we heard rumored. The new device has a 6″ display like the old Kindle, but is the newer type of E-ink display found in the Kindle DX Graphite. There are other differences, but the main one would be price: the brand-new Kindle will be sold at $139 for the Wi-Fi only version, undercutting even the bare bones readers out there.

In addition to the price and screen change, the redesigned body is 21% smaller and 15% lighter, down to about 8.5oz. If their press release is to be believed, it’s also got twice the storage (4GB) and significantly improved battery life over the old Kindle. 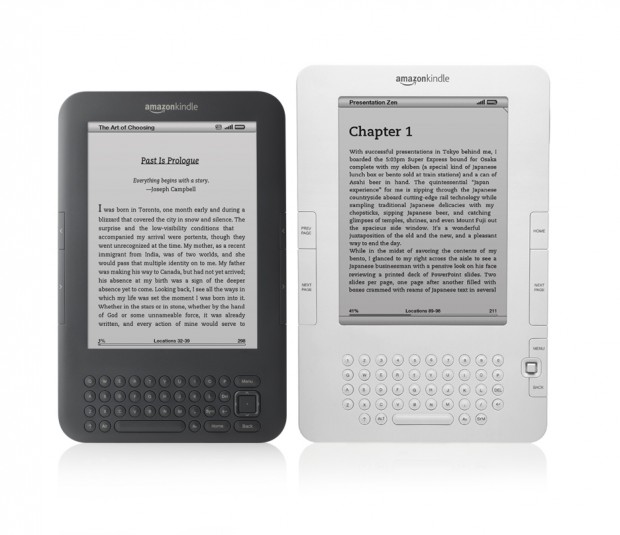 They say they’ve updated the web browser, which is nice, I suppose, but the idea of an E-ink web browser still leaves me cold. Focus on the reading experience and leave the browsing to iPads. Apparently not… although there is a microphone. I swear I saw this on the features list. Why would I make it up?

Personally, I think this is a nice little improvement. The streamlined, lighter body plus the new E-ink screen make it a legitimate step up from both the old version and other e-readers on the market. We’ll have a full review as soon as we get our hands on one.

Some other features we’ve noted since the announcement, that didn’t make it into the post:

The 3G/Wi-Fi version is available in white or graphite, while the Wi-Fi-only version just comes in graphite.

The Wi-Fi-only version has significantly better battery life due to the power requirements of the 3G radio. If you only turn on 3G when you need it, though, the difference should be negligible.

There are a few new font choices: a condensed version of the original “Caecelia” font, a sans-serif version, and now there is also support for Cyrillic, Japanese, Chinese (Traditional and Simplified), and Korean characters in addition to Latin and Greek scripts. Handy if those are, you know, the language you read in.