Panasonic, not content to only release new still cameras and normal camcorders this week, has revealed the 3D camcorder we’ve been looking forward to for some time now. It’s called the HDC-SDT750. Catchy!

Quick digression: Whose job is it to come up with names for Panasonic electronics? I’m guessing they would see a measurable increase in sales of their flagship items if they gave them names people could remember. When someone puts “flip camera” into Google, they get what they’re looking for. “Panasonic camera”? Not so much. Moving on. 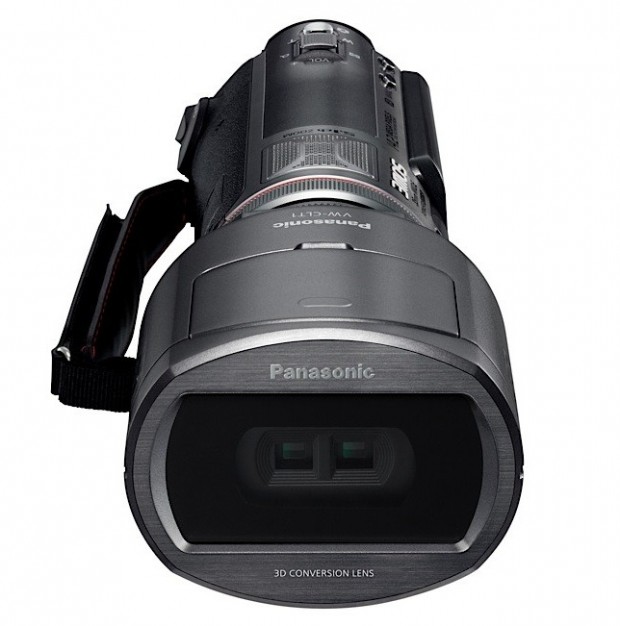 The SDT750 records at 1080p/60FPS on its 3MOS sensor, and has the usual fixins you’d expect on a $1000+ camera: manual settings ring, optical image stabilization, and a nice big 3″ touchscreen (not 3D, unfortunately). Unfortunately, once you put the 3D conversion lens on there, it has to split the image, producing two 960×1080 side-by-side images at 60FPS. This is a little puzzling to me; why not just have 1080p at 30FPS? It seems a bit odd, and hopefully Panasonic will make that a possibility soon.

The main lens (i.e. for 2D shooting) is a 46mm F/1.5 Leica Dicomar, which sounds pretty awesome. You lose almost two full stops of light when you put on the 3D lens, though, bringing it down to F/3.2. That’s not so bad still for a camcorder, but you’ll need to keep it in mind when you’re shooting. It’s got 12x optical zoom, though of course you’ll lose a lot of light there too. 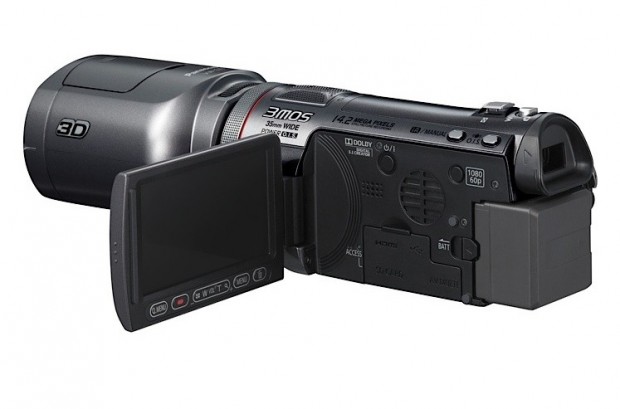 Another cool feature is built-in 5.1 channel recording; it uses five actual microphones and automatically mixes it. That’s pretty awesome, and I really hope it trickles down to more consumer-level cameras.

On the other hand, that handy manual settings ring, normally able to control focus, zoom, exposure, white balance, and shutter speed, can only control white balance when the 3D lens is on. That’s what they get for half-assing the 3D capability. Pity!

So what can you expect to pay for this sucker? $1400. Yeah, a bit expensive, but really, it’s one of the few all-in-one 3D systems on the market. It’s more than a fair price if you ask me, although the framerate limitation is baffling.

It’ll be available in October. More specs and info at Panasonic.