I recently reviewed the Toshiba Camileo H30, a functional camcorder with a traditional body style, and concluded that these would continue to sell for a few more years just on the strength of being familiar objects. The Flip-style camcorder is gaining popularity (as well as embedded imagers in phones and such), and the flip-out LCD home camcorder’s days are numbered.

Panasonic is hedging their bets, announcing models of both types. Let’s see what they’ve got. 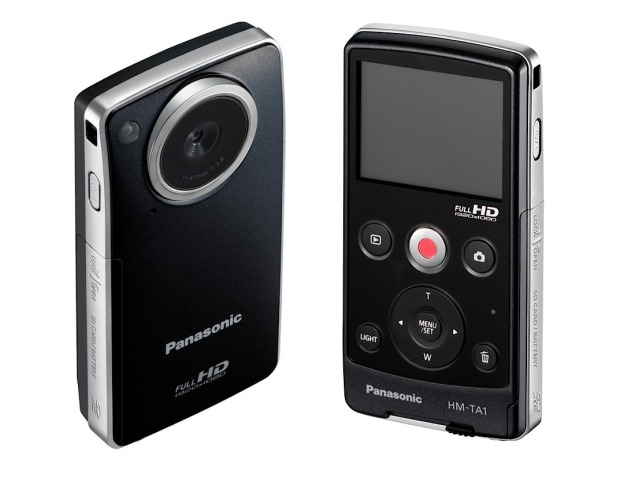 The HM-TA1 is the pocket-cam style one. It says it shoots in “Full High Definition (HD), 1920×1080 pixels,” but it doesn’t actually say 1080p anywhere, though it uses 30p in the accursed iFrame format. Not that it matters — 1080p or 1080i, the video quality is going to be pretty weak on a pocket cam with a tiny lens and sensor. It’s got the same basic layout as every other pocket-cam (2″ LCD), and takes an SD card like every other pocket-cam. If you want to buy a camera like this, my advice is to get the Kodak Playsport, which won’t get you any better image quality but is waterproof. 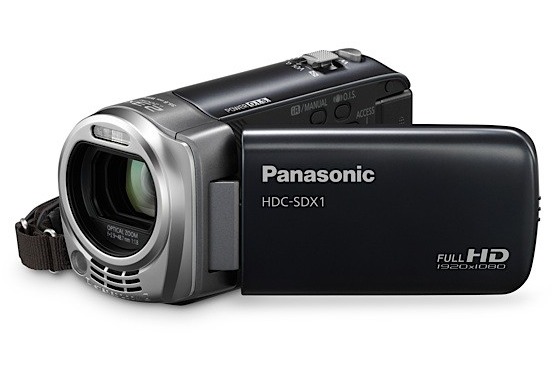 The HDC-SDX1 is a more traditionally-styled camcorder, and it has the benefit of optical image stabilization and more versatile autofocus. It’s also got a 2.7″ touchscreen flip-out LCD, with the always handy touch-to-focus capability. It claims a “23x intelligent zoom” but I don’t believe a word of it, since they don’t mention the actual optical zoom factor. Any digital zoom should be avoided; intelligent simply doesn’t apply. It’s got a nice wide 35.8mm on the zoomed-out end, though.

Both camcorders double as webcams, which is actually a perfectly good idea, if not new. It might sound weird to use a full-size camcorder as a webcam, but you’re guaranteed decent image quality, stereo sound, and it’ll save you a few bucks.

If these things shoot 1080i, though, forget it. There’s too much good stuff out there for you to be worrying about deinterlacing.

Panasonic is asking $170 for the little TA1 and $500 for the SDX1. They’ll be arriving in August and September, respectively.