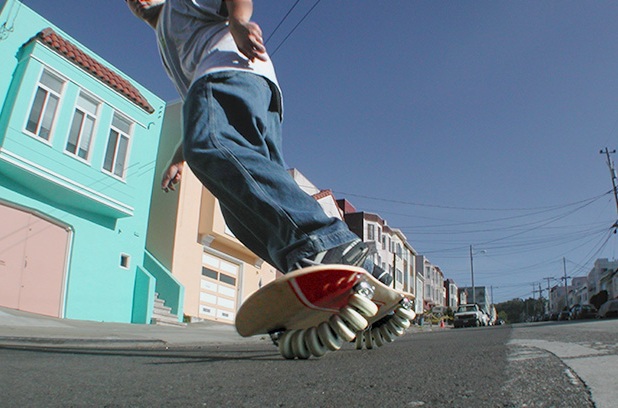 I’m not a skateboarder, but I’ve been in the world long enough to be skeptical of designs that leapfrog existing ones in weird ways. This one, for instance, trades the ability to flex the deck for a number of extra wheels, supposedly making it possible to carve at a lower angle than on a traditional board. Can such a design really be practical?

Well, practical isn’t the word, really. There’s nothing practical about serious skateboarding — it’s for kicks. The question becomes, then, is this design going to catapult more skaters to the pavement than whatever they’re currently riding? 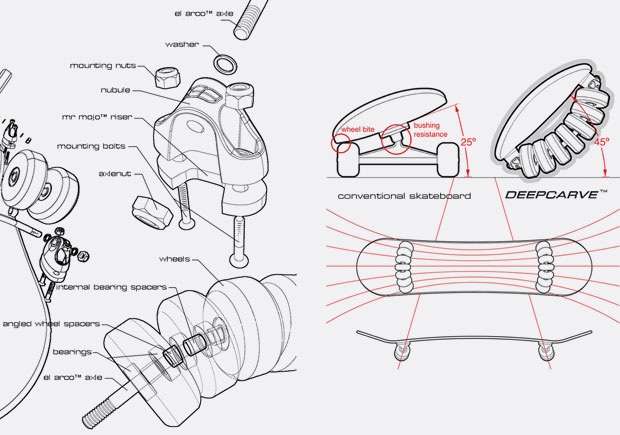 Years of experimentation resulted in the geometry that allows a device with no moving parts to simulate the fluid motion of snowboarding or surfing on land.

The engineering at least looks well-thought-out, but I suspect that leaning into a turn isn’t nearly as smooth, since the board doesn’t flex at all, but rotates. Whether that difference is discernable is a question for someone more skatey than myself. Any skaters out there have any insight here?

[via Gizmodo, Dvice and Neatorama]