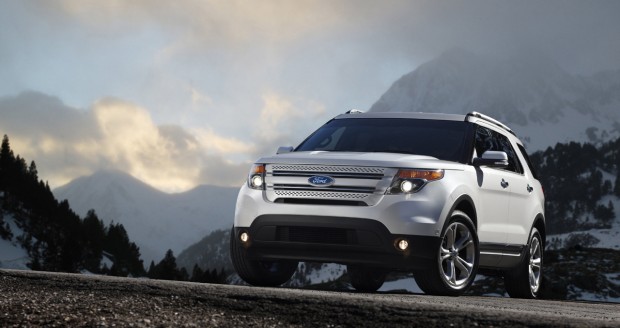 Ford just pulled the sheet off the brand new 2011 Ford Explorer. It’s a bit different than we’re used to. Traditionally next-gen SUVs are bigger and badder than the previous generation. While the 2011 Ford Explorer is slightly longer than its predecessors are, the engines are smaller, the ride height is lower, and the overall off-roading capabilities are dramatically reduced. Jalopnik Editor-in-Chief even goes as far as stating that it’s not an SUV at all. But I don’t think Ford would argue.

Ford is attempting to reinvent the SUV for the 21st century or some nonsense like that. But what they’ve created is more crossover than SUV. Where do I start?

The new Explorer is built around the same front-wheel drive unibody platform currently employed by the Taurus and Flex. It’s rigid frame now supports all the underpinnings as well as the exterior sheetmetal. Saving weight (and lower manufacturing costs) is the reason. But because this SUV is based on a passenger car’s platform, that means there’s going to be some compromises.

The traditional V8 engine is no longer an option. This marks the first time since the first 1991-1994 generation when a big American V8 engine wasn’t available. Chances are that it won’t be available in future builds either. This platform simple wasn’t designed to support it. Instead, the 2011 Ford Explorer has two engine options: a 3.5-liter T-VCT V6 or a 2.0L I-4 EcoBoost. Need to tow your boat? The 290HP V6 (front-wheel drive or 4WD) is the best option with a towing capacity of 5,000 lbs. The 2.0L turbo I-4 is only capable of pulling 2,000. Both are paired to a six-speed auto gearbox. 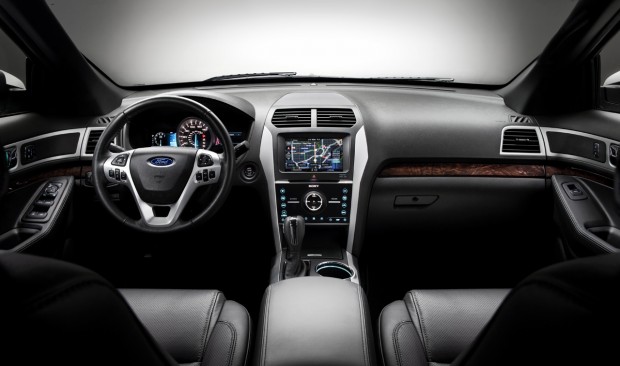 Doesn’t sound like an SUV, right? Well, maybe Ford is onto something. We can all agree that the most off-roading many SUV drivers ever do is when they hit the flowerbed at the mall. Therefore they probably don’t need rear-wheel drive as front-wheel drive often handles poor road conditions better. Moreover, a lot of SUV owners probably do not need to be able to tow a front-end loader. There are plenty of other vehicles to choose from if they do.

No, most SUV owners have always needed an SUV-like crossover and thats what Ford created. The Explorer is truly more crossover-ish than anything else and that might strike home with a lot of buyers as they are looking to downgrade from their lumbering V8 sport utility vehicle. Ford’s worked in a bunch of fancy-pants features like an easy-selecting rear diff and Descent Control for safer downhill trips. But those are simply there for justification. This new Ford Explorer won’t be remembered for its off-roading chops, but rather for its fuel economy (unreleased), build quality, and safety. Perhaps that’s what the world needs anyway. More info here.