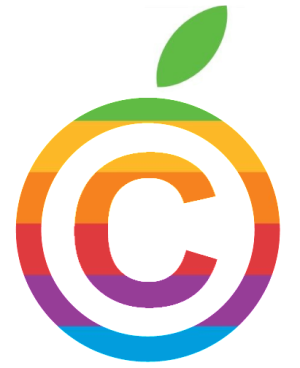 Today’s adjustment of the DMCA has far-reaching legal implications, which will only be evident after a few weeks, months, or even years as various parties exploit them however they can. I’m going to let the experts play in that sandbox. But one of the new rules seems to have had a specific target in mind: Apple. To wit:

The language is a bit confusing, but the end result is the legalization of jailbreaking your phone and side-loading apps. Not that it was ever illegal, although some Apple store employees thought otherwise. Now that it’s been made official, however, one might reasonably expect a bit of give from Apple on this point, since they have taken such great measures to prevent such actions. But I’m pretty sure that apart from a little lip service, Apple will continue with the exact same policies, with the sort of blithe arrogance that simultaneously compels and repels consumers.

From a legal standpoint, it seems pretty clear that this ruling and Apple’s prohibition of jailbreaking are actually non-overlapping. As I noted in my User’s Manifesto, the only real consequence of your jailbreaking your phone is annulling the license agreement you “signed” when you bought the iPhone — a private contract between a user and a company. The extent of the repercussions is that you’re cut off from Apple; this can be serious, as in the recent case of a guy who actually had a faulty iPad (it caught fire), but Apple refused to return it, as it had been jailbroken. Them’s the ropes, kid.

What response will Apple make, if any at all, to this new rule aimed directly at them? They’ll spin it well without saying anything at all, probably in a way like the following:

Apple is committed to creating the best possible experience for our users. The App Store and iOS are curated environments not because Apple thinks users should be limited in the use of Apple devices, but because we want to provide a consistent and safe experience without the user having to worry about whether an app is supported, returnable, or malicious. Apple approves 90% of apps submitted to the App Store, which has accumulated etc etc etc.

That would neatly cover it in the Apple way: avoid talking about what they’re doing wrong by talking about what they’re doing right. They’re under no obligation to change anything — in fact, they might spin it in a way that suggests that now the app world is a lawful wilderness, and the App Store a secure and well-tended garden in that wilderness (alternately, it’s like lawful evil vs. chaotic neutral). And they’d be right. Of course, some of us prefer the wilderness.

There is a different legal implication, though, more distant from the end user. Apple has argued in the past that jailbreaking should actually be illegal, because it involves modification of Apple’s code, and also because it encourages piracy. These objections have been essentially thrown out the window: the first falls because the actual amount of modification done in jailbreaking is extremely small (therefore falling under fair use), the second (already on shaky ground) falls because jailbreaking is a perfectly legitimate way to promote interoperability, among other things. Ars Technica has a little more on this.

Obviously there were other arguments as well (and from other parties, such as the MPAA and RIAA), but these new rules take a few arrows out of their quiver. I expect that sort of thing to continue as these rules are tested in specific cases and ideas like “enabling interoperability” and “lawfully obtained” are filled out with precedents. But in the meantime, I don’t think much will change. On a higher level, as well, the DMCA revisions have not addressed the flaw in that large companies issue hundreds of takedown requests at once and the burden of proof seems to be on the accused in many cases. That club could still be wielded against various jailbreaking “freedom fighters,” though I suspect that won’t happen, as the bad PR resulting from these actions often outweighs whatever was gained by filing.

Yes, sometimes when something doesn’t relate to Apple, that’s news in itself. Seriously, though, when a major change in a major law specifically targets a popular and occasionally controversial tech company, we weigh in.

Apple’s goal has always been to insure that our customers have a great experience with their iPhone and we know that jailbreaking can severely degrade the experience. As we’ve said before, the vast majority of customers do not jailbreak their iPhones as this can violate the warranty and can cause the iPhone to become unstable and not work reliably.