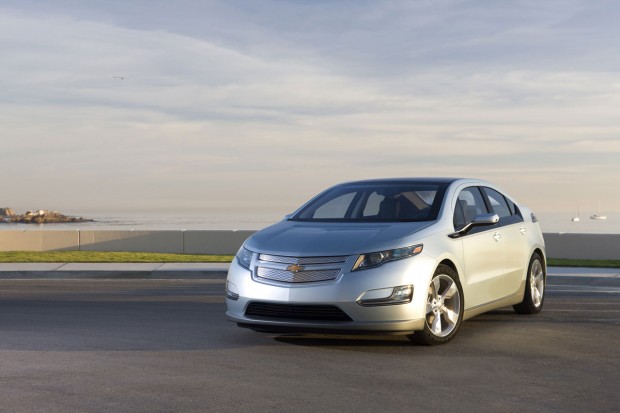 The Chevy Volt is slowly and surely creeping towards dealers and GM is set to unveil the price tomorrow. At 12:00 pm ET Joel Ewanick, VP of US marketing, will make the announcement at the Plug-In 2010 Conference in San Jose, California.

Of course a lot has changed in the three year span it has taken the Volt to hit production. Nearly every major car company either already sells a few hybrids or there’s one coming soon. There are even a couple more pure electric vehicles that will compete for the same marketshare now. But saving any major manufacturing hurdle, the Chevy Volt should be the first mass-produced Extended Range Electric Vehicle to hit the streets here in the States when it hits dealers later this year.

The last big question should be answered tomorrow. What’s the price?

GM has long said that the Volt will save the company and while I personally think the mass-market Cruze is better suited for that task, the Volt will no doubt have a large halo effect. Consumers will no doubt flock to dealerships just to see the vehicle. But it’s not going to be in everyone’s price range. However, a large $7,500 tax credit should help GM initially by allowing the auto company to price the Volt aggressively while protecting their bottom line.