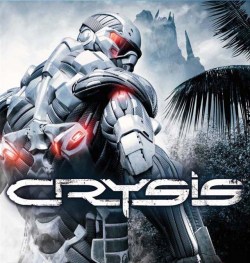 Does the mere idea of a console exclusive game from Crytek make your blood boil? Yeah, me neither, but it’s sorta weird seeing the once PC-only developer embrace consoles so forcefully. The big one, obviously, is Crysis 2, being developed for the PC, Xbox 360, and PS3. But then word hit at E3 that Crytek would be developing a 360-only game, Codename: Kingdoms. Hearts, they are broken! And is Crytek now planning on developing a PS3-only game?

Maybe. The developer’s CEO, Cevat Yerli, said in a recent interview that they’ve been approached by Sony in the past about possibly making something exclusively for the PS3.

Sony is a partner that we would definitely love to work with. A PS3 exclusive is something we considered before – we talked about it a lot, but for reasons of portfolio or timing in the past it didn’t work out. But that doesn’t mean in the future it wouldn’t work.

I read in this month’s Edge magazine that Crytek abandoned PC-only development because of the piracy situation. Lord knows I’ve written enough about PC piracy to bore someone who’s already dead to death, so I’’ll just say this: okie dokie, sirs. So long as I get to play Crysis 2 on my PC I don’t care if you develop a JRPG exclusively for the WonderSwan Color.