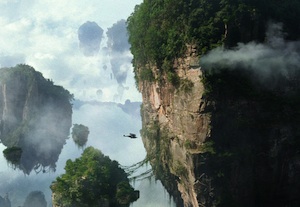 Yesterday at the New Music Seminar in New York, the streaming music recommendation service Pandora announced that they now have 60 million listeners registered. This is up from 50 million in April, and 40 million in December. Before that, it took them all over 2009 to double in size from 20 million to 40 million. In other words, the service is now adding users faster than ever.

And that shouldn’t come as a big surprise to anyone who has used the service. While it’s great on the desktop, it’s even better on mobile devices. And now that they’re on iPhone, Android, and several other mobile devices, it is becoming sort of the de-facto new version of radio. And with the release of iOS 4 for the iPhone, Pandora finally got another killer feature: the ability to stream music in the background. I have no doubt that usage is skyrocketing thanks to that — Pandora has long been one of the all time most popular iPhone apps.

And Pandora is spreading to other devices as well. It’s already on a number of set top boxes that reside in your living room. And integration with cars is a new area of focus.

Pandora currently has hundreds of thousands of songs in its catalog from over 90,000 different artists. Incredibly, 80 percent of those artists are played each month, the service says. Think about that compared to traditional radio, where you often turn it on and hear the same things over and over and over again.

At the current rate of growth, Pandora should pass 100 million listeners at some point next year. More importantly, the service is also making money — an remarkable feat considering how close they were to death last year. The service just raised an undisclosed some of money in June.