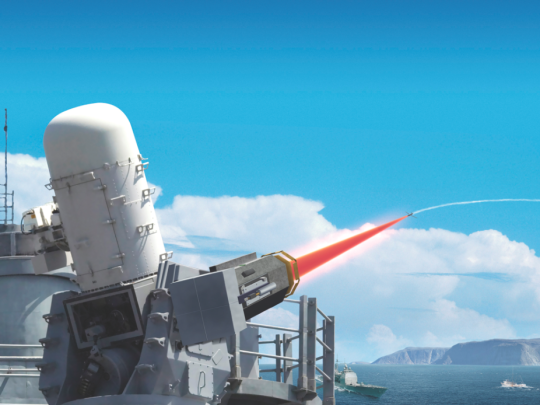 Well, well, well. Yesterday morning I wrote a quick thing about the U.S. Navy and Raytheon’s successful laser attack in the middle of the Pacific Ocean. Several hours later DRUDGE~! runs the same story way up top, in bold red font. The point is: I beat Drudge. Yes! I bring this up because, in the hours after I wrote the story a whole bunch of pictures came out that are worth your time gawking at.

One thing I’m not clear on: I thought the laser was completely invisible; all you would see is the explosion at the point of impact on the drone. So I’m thinking this first new pic (the one is color) is merely a render so people can say, “oooo, lasers.”

Unless they shot the laser in the middle of a baby powder party or dust storm, so the laser can reflect off particles enabling us to see it…