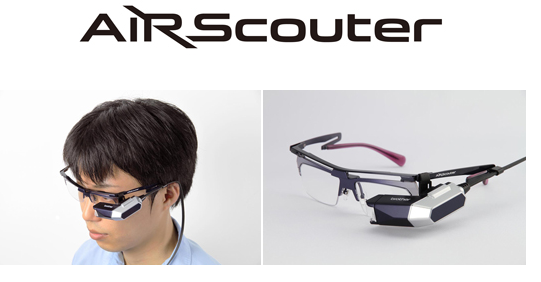 Head mounted displays still have something futuristic about them, and Brother’s offering, the so-called AiRScouter, is no exception. The company today unveiled [press release in English] the newest version of the HMD, which was first shown to the general public in 2008 (and once again in 2009). Back then, the AiRScouter was unnamed and had a different design.

In fact, the device is still in prototype stage and labeled by Brother as “Retinal Imaging Display”. Brother expects the AiRScouter to be mainly used for augmented reality applications. The new version offers better image quality than the previous one and allows to attach a micro camera.

The AiRScouter is expected to be ready to be tried out by attendees of the “Brother World JAPAN 2010” expo that will be held in Tokyo in September. Brother says it will “launch” the device in fiscal 2010, which (in Japan) ends in March 2011.