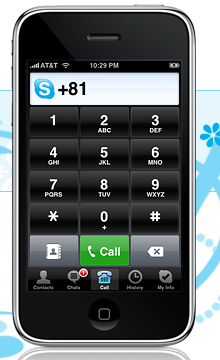 This is odd. Skype, which has offered an iPhone application for quite a while and recently released a version that gives users the ability to make calls over 3G, has vanished from the App Store. This is especially strange because Skype was recently featured on stage during the debut of iPhone’s OS 4.0, which will allow for the application to run in the background. We reached out to Skype about this and were told that they’re currently investigating:

We’re not seeing the Skype app in the App store. We’re very eager to get to the bottom of this, and I can tell you this has nothing to do with our Verizon deal. The Skype for iPhone app and the Skype Mobile app on Verizon Wireless phones have co-existed.

Update: Skype says that this is due to the fact that they just uploaded a new version of Skype for iPhone 4.0 which had “some difficulties” and that they’re working to fix it:

Today, Skype just submitted a new version of its iOS4 build to Apple. In the process we encountered some difficulties. Skype will work quickly to get its current Skype for iPhone app back up as soon as possible.”

Update 2: Alright, looks like it’s back.
There’s still a page on Skype’s official site that details the application’s features and doesn’t give any indication that the application is being killed off. But Skype’s mobile site oddly omits any mention of it — it only talks about BlackBerry and Android devices from Verizon. We’ll update as we learn more.

Thanks to Will Shanklin for the tip 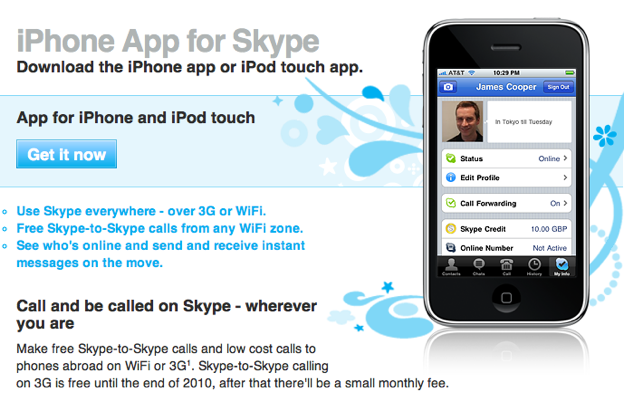