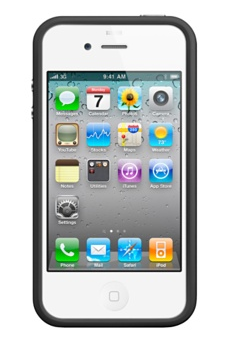 Today at Apple’s headquarters in Cupertino, CEO Steve Jobs took the stage to address the iPhone 4 antenna issue. First he rattled of some numbers to show how small the problem actually is. But he also acknowledged that some people are having problems — and they want everyone to be happy. So what are they doing? Free bumpers and cases (as we predicted).

But Jobs acknowledged that they can’t make their own bumpers fast enough. So how are they going to make good on this promise? By giving away other third-party cases if users want them.

Jobs reiterated that the iPhone 4 antenna issue is a small one but that “we care about every user.”

Expect details about how to claim these free cases to come out soon.

If that’s not good enough, Jobs also noted that they were welcome to return the iPhone at anytime in the first 30 days after purchase with no restocking fee.