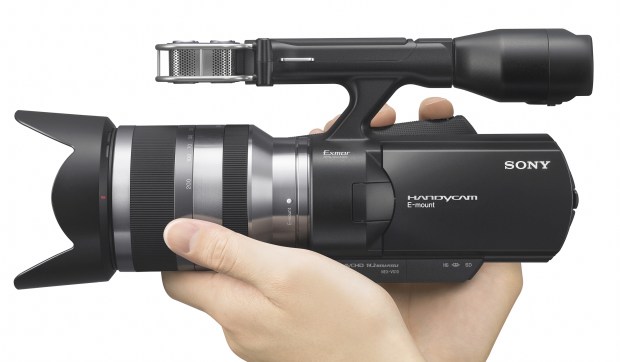 We saw the new NEX camcorder teased about a month ago, and thought it looked pretty sweet. But it’s Sony, we thought. They might still mess this one up. And as it turns out… well, not really. It’s looking like a pretty solid camera system. The only trouble is the price. Update: AND the fact that it only shoots in 60i.

What you’ve got here is an interchangeable-lens camcorder at 1080i — a nice one, to be sure, but let’s be honest: at $2000 you’ve got your pick. For that price you can pick up (off the top of my head, since I’m a Canon man) a 7D, which has similar imaging capabilities, or for a little more you can even get a 5D mk II, which has the advantage of full-frame. What does the NEX-VG10 have against these? 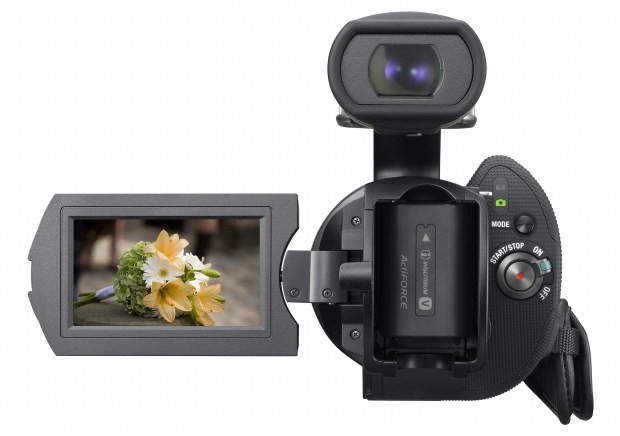 I’m glad you asked. It does have silent and quick autofocus while shooting movies, something those other cameras are notoriously incapable of. It also has a built-in accessory shoe for a really nice-looking shotgun mic, though of course that runs you a little extra, and the Canons have accessory capability as well. The EVF could be handy, but consumers and even prosumers these days tend to prefer a nice, high-resolution, bright LCD (update: the LCD is 921k dots, the EVF is 1152k dots. Nice and high-res). The one on the T2i (which also shoots 1080p) and 7D is outstanding. And it seems to me that consumers opting for a traditional camcorder body will be more budget-minded, while enthusiasts looking to spend that kind of money will be looking very carefully at the DSLR competition.

I don’t want to dismiss the new system completely, but $2000 seems a really hard sell when you’ve got 720p pocket cams going for $100 and devices with similar (though not identical) capabilities selling for hundreds or dollars less. The new compact lens system is nice, and if you want to buy into the new E-mount lenses, this is a great buy. But the lens system has yet to prove itself, and this camcorder will have to set itself apart from the competition, before we can give it a recommendation.

More information and images can be found at the press release.