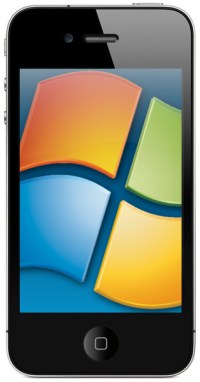 I try not to take sides on these little skirmishes between Mac and PC. In matters of taste, there is no dispute. And I’m fine with a little railing on both sides — to a point. But when Microsoft’s COO decides to tease Apple, saying “It looks like the iPhone 4 might be their Vista, and I’m okay with that,” I have to step in. This kind of attitude seems a bit out-of-place from a company that just had to retire a years-in-development project that they spent a billion on — due to rumored triple-digit sales.

I’ll tell you what, Microsoft. I’m going to give you this one. The criticism is deserved, after all — the iPhone 4 may in fact be Apple’s Vista in a way. But you don’t get to say that. Because if you do, someone might point out that Microsoft has never put out a single product that has so completely fascinated the consumer world as the iPhone. And chances are you never will. It’s better to have a Vista of an iPhone than to never have an iPhone to begin with.

Maybe I’m taking it too seriously. They’re just some off-the-cuff remarks that probably drew a laugh at the Microsoft conference Turner was keynoting. Think of it this way: it’s as serious as you want it to be, like emails from Jobs. “Non-issue, just avoid holding it in that way” — words will live in infamy or obscurity, as either an example of colossal callousness or just a busy guy giving a user a holdover fix. I lean towards the idea that the leaders of a company embody that company, and so need to watch what they say.

Apart from a few successes like Xbox Live and, of course, the heyday of Windows Mobile, Microsoft’s consumer electronics arm has always been a fount of mediocrity. Admit it, Microsoft. The occasional great devices, like the Surface, Zune HD, Arc Mouse, or the new 360, are outnumbered a hundred to one by anonymous-looking mice, uninspired handsets, and interesting projects hamstrung by bad design, bad advertising, or bad management.

The iPhone 4, flawed as it may be, is also (in my opinion) one of the most advanced and beautiful pieces of electronics ever made. Even when I’m in my worst anti-Apple moods, I never suggest otherwise. Apple may have had its worst launch ever, but it was still better than every consumer electronics launch Microsoft has ever done. Pride doesn’t suit you in this area, I’m afraid. You’ve got a lot of things to be proud about, but your (non)response to the iPhone isn’t one of them.

I’d like nothing more, Microsoft, than for Windows Phone 7 to come out barking like an attack dog and tear off a piece of the market with its enormous, sans-serif teeth. But before you start talking about an iPhone being Apple’s Vista, try to remember just how many Vistas Microsoft has weighing it down — and how many iPhones.