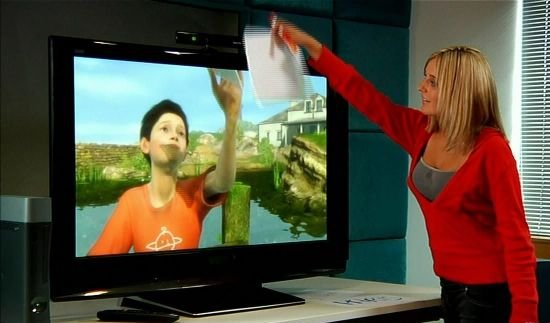 While I wasn’t particularly impressed by the responsiveness or precision of Microsoft’s Kinect controller for the 360, it does have its charms. It knowing where you are at all times and having a microphone built in are great features, and may produce some interesting games yet. But I’m despairing of Milo and Kate, the uncanny valley playground created by renowned gamesmith Peter Molyneux.

You probably remember seeing pictures and video of Milo in the earliest demonstrations of Kinect, back when it was Project Natal. There’s a kid, and he stands there in your TV, catching things you throw to him, responding generically to your questions, and so on. They’ve also made him look pretty realistic, which is going to creep a lot of people out.

Most troubling, though, is the fact that this is a game at all. While life is often imitated by art in, say, the gritty realism of Heavy Rain or the stylized life lite of The Sims, it’s never just… aped.

Here’s a snippet of gameplay from the demo, as summarized by Game Life:

Then Milo goes back to the house, and has dinner with his parents. As he eats, you clean up his room — picking up papers from the floor and wiping dust off the walls — all with hand movements. While you’re cleaning, you overhear a conversation between Milo and his parents, talking about the move.

Now, I consider myself a pretty open-minded guy. Obviously games and media don’t have to be epic or violent in order to be fun. But usually there’s some reason for it to exist. Even people playing Nintendogs often do it because they can’t have a dog, or can’t spend enough time with their dogs. What fantasy is capable of playing out in Milo and Kate? The desire to mentor some kid and clean up after him? There are real kids in the world who could use some mentoring! But more importantly, what is fun here other than the novelty of Molyneux’ creepy simulacra? 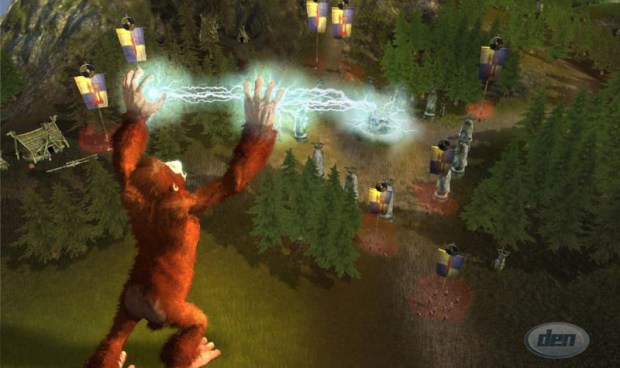 The ability to teach and shape an entity was interesting in Black & White, because your creature was both mirror and amanuensis. It wasn’t just a pet — it was your representative and often your only way of effectively interacting with the game world. There’s plenty to say about the flaws of that game and its sequel, but at least they got that part right. I suspect that I had more of a connection with my Tiger (or even with such a creature as your horse Agro in Shadow of the Colossus) than I could ever have with a Milo or a Kate.

One interesting tidbit, though: Molyneux also let slip that Milo’s “mind” isn’t actually on the disc. Animations and basic behaviors, sure, but Milo’s mind will be cloud-hosted, constantly updated with information from every Milo owner out there. Here’s one cloud function I can get behind. AI engines automatically collating and responding to thousands of user inputs does seem a little Robocalyptic, but it may also lead to interesting gameplay.

Molyneux’s remarks were made at the TEDGlobal 2010 conference in Oxford. His brand of visionary, yet slightly disconnected, thinking seems a good match for the TED group.