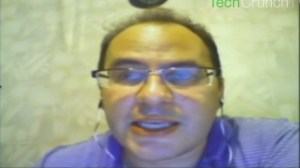 Nokia is determined to compete with Apple at every level – even in sending the authorities to strong-arm journalists.

In a slightly creepy post titled “one of our children is missing,” the cell phone giant has accused Russian blogger, Eldar Murtazin of stealing a prototype of its newest handset. The company also claims that Murtazin is refusing to respond to their letters and calls and so has had no alternative but to report him to the Russian authorities.

In this week’s edition of “Too Long, Didn’t Watch” Sarah Lacy and I continue our Russian obsession with an interview from Murtazin in which he says he did not steal the phone, he doesn’t have the phone, and what’s more he’s the one who has been trying to contact Nokia since his story months ago.

Read on and watch video