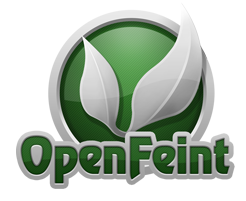 The9, a Chinese online game developer, has made an undisclosed minority equity investment in Aurora Feint, the company behind OpenFeint, a social gaming network for the iPhone, iPod touch and iPad.

The news comes a couple of months after The9 announced that it had acquired a majority interest in US-based Red 5 Studios for a total of approx. $20 million.

Aurora Feint had previously raised a multimillion-dollar round of funding from DeNA, the largest Japanese operator of mobile social networks and virtual goods platforms.

Burlingame, CA-based Aurora Feint develops mobile games and operates OpenFeint, a mobile social platform and application for smartphones that includes a set of online game services such as leaderboards and achievements running in a cloud-based Web environment.

OpenFeint’s developer SDK is a toolkit that can be integrated into any iPhone based game.

The company claims over 28 million active users and 2,200 games, which it says makes OpenFeint the standard for social gaming on Apple devices.

The9 Chairman and CEO commented on the acquisition, “We are confident of the prospect for this mobile platform and believe it will play an important role in the future development of global mobile internet. The investment in Aurora Feint is an important step of The9’s establishment of a mobile gaming platform and is also an integral part of our global strategy.”