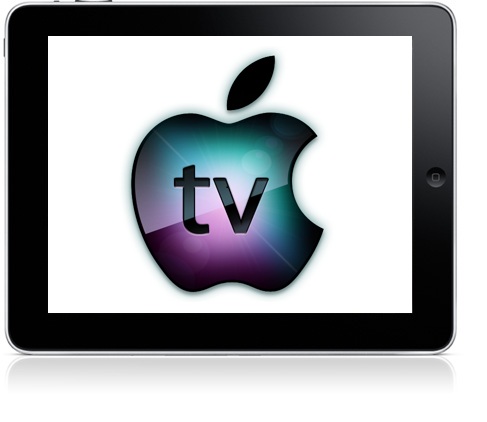 The Apple TV might suddenly be part of the next big thing from Apple. We’ve heard that there’s a major retooling underway and Apple shifted some of their best people on the project. Updated hardware is likely, but new services will likely be at the forefront of the relaunch.

The latest rumor states that Apple is in contract talks to bring TV show rentals to the platform. They would probably work like the movie rentals by giving users 30-days to start playing the show after downloading and then 24-hours after starting playback until it expires. Except there’s one big difference: the shows are said to be streamed. Combine that with the rumor that iOS will power the next-gen Apple TV for a cocktail of dreams and possibilities.

Streaming is the latest hot entertainment trend and in a way the Apple TV paved the way by showing that a small amount of local storage limits the capabilities. By have the content streamed, unlike downloading it to a drive as the Apple TV currently does, it makes for quicker playback and doesn’t require as much storage, freeing up the space for other tasks. But more importantly it pushes Apple’s content into the cloud where it can be served to other devices just as easily.

The iPad, and in short the iPhone/iPod, have been called the next step in TV viewing. What if — and it’s not that big of an if when you think about it — Apple’s plans are bigger than the Apple TV? What if this upcoming streaming service is for all the iTunes devices including the iPhone and iPad? What if you could rent TV show on a per-episode basis and watch it on your iPad or Apple TV whenever you want? Somewhere an Apple fanboy’s head just exploded as it all came together.

It’s actually silly to think that Apple would keep this service off iDevices and only on the Apple TV. The portable devices have more than enough horsepower to run such tasks and Apple rarely builds a powerful application for just one device. Apple builds platforms, not devices anymore.

Of course, the dream can continue by stating that the next Apple TV and your iPad could share accounts, allowing you to resume playback on either device. Since we’re in the cloud already, why not have the Apple TV link up to the iPhone for big screen viewing of pics and videos — even Facetime with a special camera. (Although logical steps, these items are just my thoughts and dreams, btw.)

Apple is in a different place than when they originally launched the Apple TV. They could get away with half-assing projects in 2007, but not in 2010. Everything they touch is expected to be gold and anything less would be considered a flop even if it eventually made the company money. The next Apple TV will be big — or at least it better be or Google TV will eat it as snack.