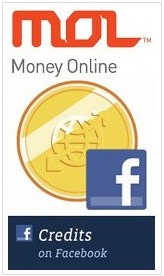 We’re hearing that Facebook and Malaysian payments company MOL Global will be holding a press conference shortly to announce a significant new partnership around gaming and payments in Asia. MOL, you may recall, was in the news when it acquired Friendster earlier this year.

The press conference is being held in Kuala Lumpur and will begin shortly, we’re told. Update: Press release below:

KUALA LUMPUR, Malaysia – July 8, 2010 – MOL Global today announced a strategic partnership with Facebook that will make it significantly easier and more convenient for millions of people across Asia to purchase virtual goods in online games and applications on Facebook.

Under the agreement, MOL Global’s wholly owned subsidiary MOL AccessPortal will become a payment provider for Facebook Credits. That will enable Facebook members to buy Credits using MOLPoints on Facebook and on MOL’s website, MOL.Com.

In the coming months, Facebook users will be able to obtain Facebook Credits using MOL points purchased through MOL’s network of more than 500,000 outlets, which are mainly in Malaysia, Singapore, Indonesia, Philippines, Thailand, India, Australia and New Zealand. In addition to outlets such as 7-Eleven stores and cybercafes, customers will be able to purchase Credits through MOL’s network of online banks in these countries.

Facebook and MOL will also offer co-branded gift cards at outlets in Malaysia and Singapore that can be redeemed for Facebook Credits.

“Working with MOL means we can offer the benefits of Facebook Credits to millions of people in Asia using a payment system that is already widely used and trusted,” said Vaughan Smith, director of business and corporate development at Facebook. “We’re investing in the long-term future of Facebook Credits and we view this agreement as a major opportunity to broaden the availability of a simple, unified currency that can be used in games and applications across Facebook.”

MOL is a MSC Malaysia Status Company that operates and develops payment systems incorporated in 2000. MOL handles over 60 million transactions with an annual payment volume of USD200 million. MOL leverages on a network of more than 540,000 physical payment collection points across more than 75 countries. It is also linked online to 88 banks in 9 countries worldwide. MOL was recognized as one of Asia Pacific’s fastest growing technology companies in the Deloitte Technology Fast 500 Asia Pacific Awards in 2005 and 2006, won a Merit Award for the Best of E-Commerce Applications in the MSC Asia Pacific ICT Awards and received the Member Excellence Award at the 2009 ICT Leadership Awards of the National ICT Association of Malaysia.