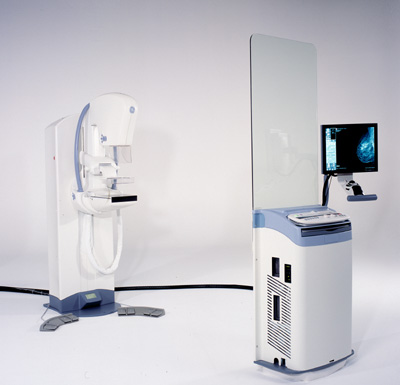 We don’t cover medical technology here on CrunchGear usually, but one of the things Canon is currently working on in that area sounds pretty interesting. According to Japanese daily The Nikkei, the company has developed a machine that helps detecting breast cancer without using X-rays (it’s estimated [PDF] that in the US alone, some 250,000 women are diagnosed with breast cancer yearly).

Canon says its technology has two advantages over conventional mammogram devices: first, it (obviously) saves patients from exposure to radiation, and second the diagnosis is completely pain-free. The machine, which was developed along with a research team from Kyoto University, is based on laser and ultrasonic wave technology (which is why it can’t actually be labeled as a mammogram device).

Canon says that the first clinical studies are scheduled to begin at Kyoto University soon. The company expects to commercialize the machine within three to five years.

The picture shows a conventional mammogram device (sorry, but Canon hasn’t released any pictures of its new machine yet).