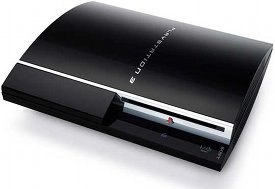 In a recent updated to the Playstation blog, Sony released some news about the latest firmware update coming to the PS3 and PSP system. Luckily, Sony was kind enough to include some information about exactly what changes will be coming out in the next update.

So what’s coming up in that new firmware? Well, to start off, PlayStation Network users will be able to purchase membership to PlayStation Plus, which is a subscription based service to allow you to “expand and enhance your gaming experience”. The subscription service will give you access to exclusive features, content, and functionality. No word on how much it’ll cost per month, but I’m sure that Sony will let us know as we get closer to launch date.

There’s also a new Photo Gallery feature, it’s a network based photo sharing feature. This new enhancement will allow you to upload, browse, and comment on pictures on Facebook and Picasa. It’s a shame that it doesn’t work with Flickr yet, but maybe the next version.

Multimedia seems to be Sony’s target on this one, they also added a Video editor and uploader feature, which will allow you to edit, save, and upload video files stored on your PS3 to Facebook or Youtube.

The PS3 has also gone green down, with a built in power save feature. The default setting is to turn the console off automatically after 2 hours, however this is customizable, and there are additional power save options to further improve the “green” features on the PS3.

There are several more features coming in the new firmware, but we just wanted to touch on the main points. You can read the complete list at the Playstation Blog where they touch on some of the new features for the PSP as well.