The rumors were true. Today, Hulu is announcing a limited launch of Hulu Plus, an ad-supported, premium subscription service that will run $9.99 per month and includes HD access to full season runs of shows from Fox, ABC, and NBC. Better yet, Hulu Plus will work across a multitude of platforms, including PCs, the iPad, iPhone, some Samsung Blu-ray players, and soon, the PlayStation 3. The service is currently only available to select Hulu members who have been invited — you can request an invite here.

The new subscription service will feature shows from over 100 content providers, including both current and ‘classic’ episodes. Subscribers will have access to every episode from current seasons of 45 programs from ABC, Fox, and NBC, including Glee, Modern Family, 30 Rock, and The Office through a ‘Season Ticket’ system (see the screenshot below). The service will also offer a back catalog of older shows, some of which will include the entire series run of episodes.

Content will be delivered at a resolution of 720p (HD) when available, and can be downgraded in low-bandwidth scenarios.

Hulu clearly hopes to distribute the service across as many platforms as it can. Along with the aforementioned device partners, Hulu intends to include Hulu support with more Blu-ray players and TVs, including some from Sony and VIZIO. Support for the Xbox 360 will be coming in early 2011. You can see a full list of supported devices here.

This has been a long time coming. We’ve been hearing about an iPad version of Hulu for months now, and rumors have persisted about a possible Hulu subscription for much longer than that. In March Hulu CEO Jason Kilar announced that the company was profitable based on ads that are served against its free videos, but that hasn’t stopped content owners from pushing for a premium offering.

The question now is whether people will pay for it. My hunch is yes, provided the content owners are willing to ensure that Hulu’s library is both current and full of compelling older shows. Hulu isn’t the only company looking to offer premium on-demand video service — Apple has been rumored to be working on one of its own, and Netflix offers some (generally less recent) shows through a streaming service as well. 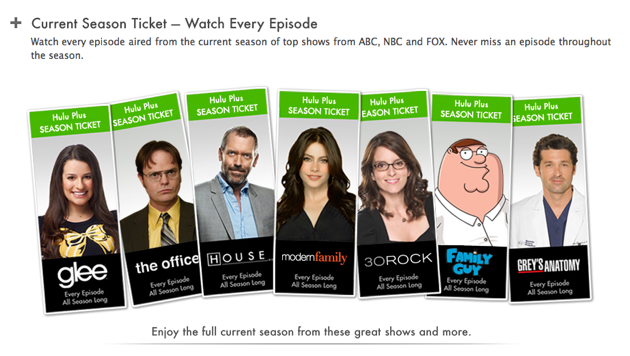