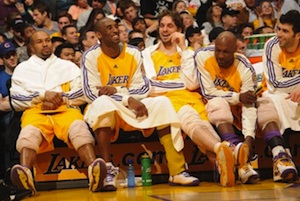 Perhaps you’ve heard the news by now that Matthew Papakipos, the key architect of Chrome OS, is leaving Google to go to Facebook. While it’s not entirely clear what Papakipos will be doing yet at Facebook beyond joining the engineering team, this is massive news. This is the key component of Chrome OS leaving the company before its launch to join what can perhaps be seen as Google’s most important competitor going forward. So what does Google think about the defection?

“Matt made great contributions to Google and Chrome OS, and we know he’ll do the same in his next endeavors. We wish him the best. We have a deep bench of talent and are very excited about the launch of Chrome OS devices later this year,” a Google spokesperson tells us.

So first of all, Google is confirming that despite the loss, Chrome OS remains on track for release this year. This echoes what Papakipos hinted at in his tweet: “Now that Chrome OS & WebGL are in good shape, it’s time for something new. I’m going to work @ Facebook! Love the product and team. Woot!”

Still, while the product may be in “good shape“, it’s still not released, so it’s just odd that he would leave before he sees his vision come to completion. I can only imagine Facebook made an offer he couldn’t refuse.

Second, in their statement, Google refers to their “deep bench of talent.” That’s an interesting way of putting it. Basically, without saying it directly, Google is suggesting that Papakipos was expendable. They’re saying that they’re like a well-built basketball team. Even when they lose a star player, they can survive and keep winning games.

Still, it’s nice to have that star player if you want to win the championship. That appears to be what Facebook is attempting to do.