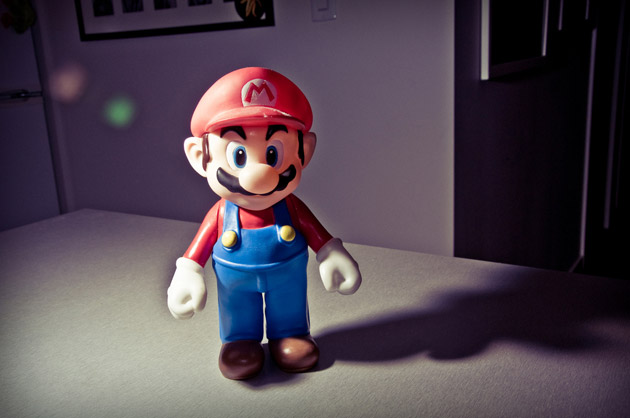 There were two big pieces of news at E3 last week: the ceaseless march toward 3D gaming and the unrelenting encroachment of motion control upon our lives. I honestly couldn’t give a toss about 3D gaming because if I wanted 3D entertainment I’d talk to a human being. Same thing with motion control: it doesn’t bother me because I want nothing to do with it (outside of dancing the Macarena when asked to “freestyle”). It’d be like getting angry because it’s hot on Venus: what? Exactly. One thing I did notice: what happened to all of that hubbub about “Apple being the new Nintendo”?

If you visited the big video game sites during the week, you’ll have noticed that many gamers had declared Nintendo the “winner” of E3. It’s a time-honored tradition to anoint someone the “winner” of E3, you know, because. There really is no other reason than “because.”

But for all the talk of Apple beating Nintendo at its own game, I want to ask: where was Apple? Certainly not at E3, that’s for sure. And I certainly didn’t see too many booths dedicated to mobile (that is, iPhone) gaming. I mean, I checked out some Capcom Mobile games, and what I saw was pretty neat—playing 1942 and Street Fighter IV on an iPhone = ~!—but “traditional” games dominated the show floor.

And what’s Apple’s response to the Nintendo 3DS? As magical and revolutionary as the iPad is, I’m pretty sure you won’t be playing Mario in 3D on there anytime soon.

Now, I’m perfectly capable of making the distinction between whipping out your iPhone while on the subway and sitting down and playing Civilization for hours on end, but for all the talk of OMG NINTENDO IS DOOMED AND IT’S ALL BECAUSE OF APPLE, well, I certainly didn’t get that impression walking around the Los Angeles Convention Center.

I’m quite certain Nintendo will be just fine, folks. Apple and the iPhone/iPad will have a place in this world, but to think that Nintendo’s house is on fire is laughable at best.