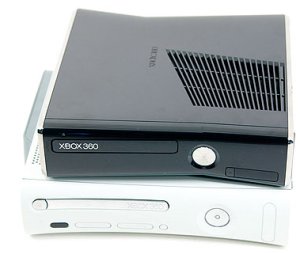 Wondering what’s in the new Xbox Slim? No? Well tough, it’s a slow news day, and I’m writing about it, so you’re just going to have to read it. Microsoft has been hard at work on the the 360 Slim for a while and it’s only fair that you pay attention and see what’s they’ve done to improve the original hardware and make the new system run cooler, quieter, and more efficiently.

AnandTech took theirs apart (you didn’t think I was going to crack mine open did you?) and found out that Microsoft hasn’t just improved the appearance, they’ve updated the CGPU (to a 45nm), changed the cooling so it won’t sound like a jet airplane taking off, and even reduced the power consumption by 50%. Sounds like a much better console to me. Even the connectivity in the back has been improved. Microsoft hooked the slim up with optical audio out, HDMI output, three USB ports, an ethernet port, the obligatory Microsoft AV connection, and the input port for the Kinect due this coming November.

AnandTech spent quite a bit of time taking apart and carefully examining the slim, and do recommend that you give their full article a read. It’s quite impressive exactly how much Microsoft has put in to making the Slim a better machine then the original Xbox 360.

Oh, and one other thing. If your Xbox 360 Slim dies, don’t expect the ring to flash red any more. Marketing had that little “feature” removed.