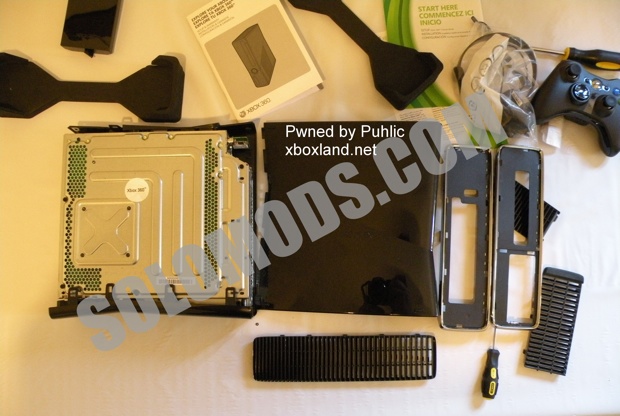 This isn’t the most creative or extensive modification one could conceivably do to the new Xbox 360, but it’s cool enough to post. Mainly because these things came out like two days ago — who the hell is this guy, the Flash?

Basically he just put a little lexan window in there with some LEDs, unless those are normal LEDs. It’s kind of cool to be able to see the disc spinning, but I bet we’ll be seeing crazier mods in the next few weeks. The WiFi card, it seems, just plugs into a plain USB port, which I suspect will be a potential backdoor for modders.

The reviewer, Solomods, also notes that the drive is a Philips DG-16D4S running firmware version 9504, if that’s of any consequence to you. The forums are already bubbling over with speculation regarding this and other minor revelations.