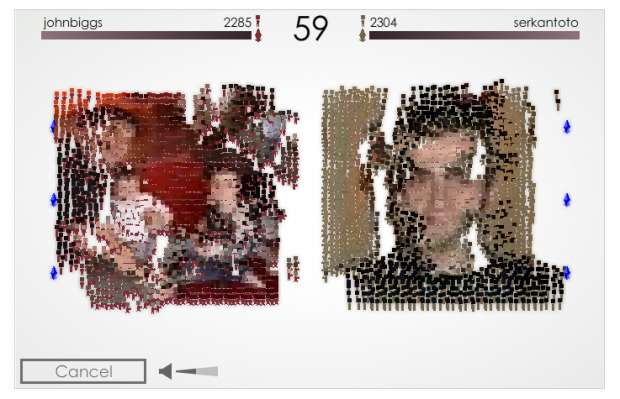 It’s certainly not the first Twitter-based game out there, but DotWar, a made-in-Japan strategy/action title is a pretty satisfying time waster. The game is bilingual (English/Japanese) and actually to be played outside Twitter, on a separate site. Gameplay is pretty straightforward: Simply enter your Twitter handle to send out hundreds or even thousands of battle “units”out against another player/Twitter user. 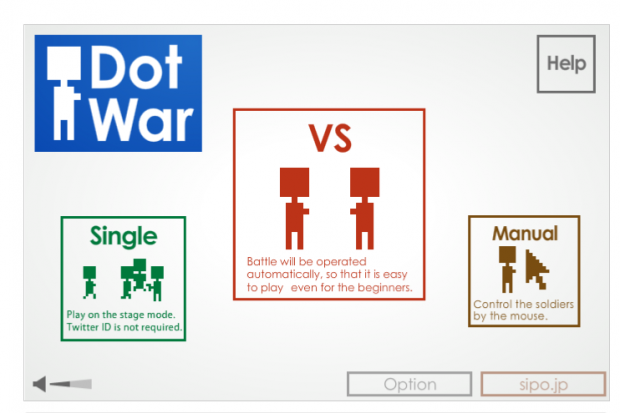 You can control the movement of your units with the mouse. As it’s not necessary to register or sign up, you can basically let any Twitter user battle it out against any other, for example in the “versus mode”. The goal is to destroy three crystals each player has in his or her possession within a certain time limit.

DotWar was created in Flash by a Japanese software engineer called “Sipo” [JP]. 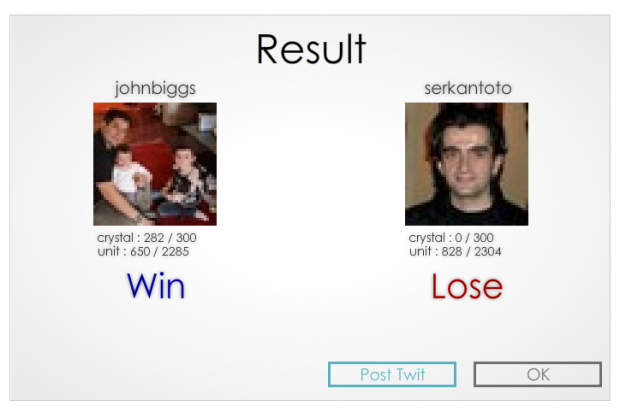 It’s pretty popular at the moment, so it’s possible you have to reload the site a couple of times before you can actually start playing (it’s pretty hard, too).