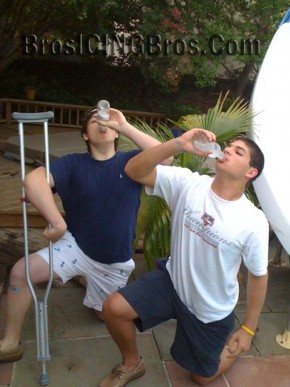 I love simple apps that do one thing and do it well. That is the definition of Treehouse, a new iPhone app made by the Y Combinator startup Fliggo. So what is Treehouse? It’s right there in the title: “Share Moments With Friends.”

Treehouse may be the most simple app I’ve seen yet to allow you to share photos (and videos) from your iPhone with your friends. You start up the app, take (or load) a picture/video, and upload it. From there, it will be placed into your friends’ Treehouse timelines where they can comment on it and “like” it. Each photo/video is also tagged with the location where it was taken.

Again, yes, it’s very basic, but it’s also very well done and fast. Sure, you could do this on Facebook, but your stream there likely has hundreds of other things going on — this is tailor-made for visual sharing and interacting. Treehouse also has a nice notification system to let you know what activity you’ve missed when you open the app — and yes, you can be notified through Push Notifications.

It strikes me that this kind of app is the perfect thing to share humorous photos with friends — such as Bros Icing Bros photos. If you have no idea what that is — well, just go here.

Treehouse reminds me of Radar, the photo-sharing service from Tiny Pictures (which was acquired by Shutterly in September of last year). But it’s even simpler and for now, iPhone-only. The plan is to eventually extend to the other mobile platforms though. Just as with Radar, the question will be how you make money with this kind of service. For now, the hope is just to build a strong user-base, obviously.

If you’ve heard of Fliggo before it’s likely because you’ll been following the story of Twitvid.io, which then became Vidly. Founder Chrys Bader had been trying to perfect the art of sharing video over Twitter (using things like HD video and even Chamillionaire), but while developing a Vidly iPhone app, he realized that it was time to branch outside of being Twitter-centric — probably a smart move given the recent upheaval in the third-party developer community. So he went back to his initial angel investors, got some more money, and built Treehouse.

Bader isn’t disclosing new new amount of money raised, but has confirmed that it’s an extension of their initial seed round from August.

You can find Treehouse here in the App Store. It’s a free download. 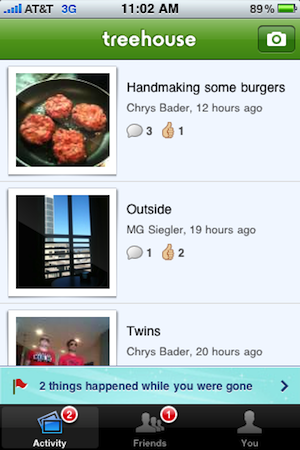 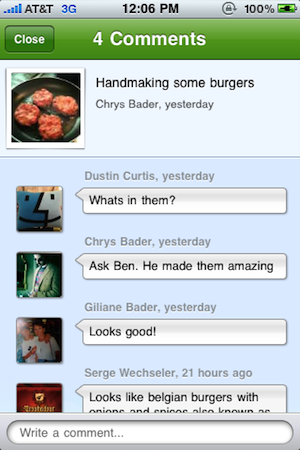 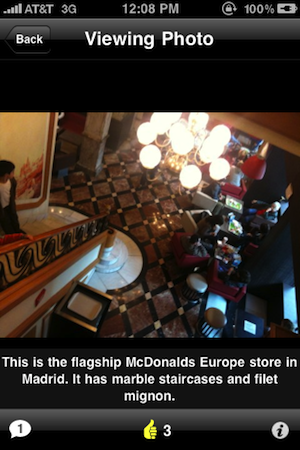 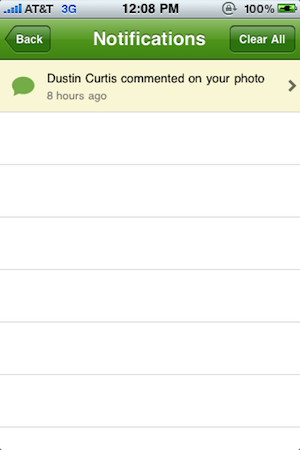