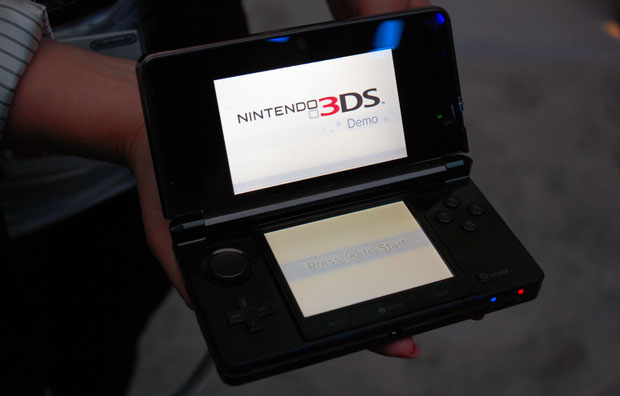 We got our hands on the 3DS this morning at Nintendo’s press conference, but it wasn’t exactly a proper hands-on. It was just a simple demo to basically show that it works. Well, I just waited in a huge line that snaked around Nintendo’s E3 booth for over an hour to spend some quality time with the 3D gaming platform. Simply said, it works as advertised.

The  last point is important. I sometimes have a hard time seeing 3D effects and I guess the 3DS’s screen isn’t any different. This was the only game/ demo where the 3D stereo image didn’t converge properly like a Magic Eye poster that doesn’t want to come into focus. Mark Wilson from Gizmodo apparently couldn’t see Star Fox in 3D. Our issues probably aren’t isolated incidents. It’s likely a common occurrence but hopefully the bugs will be worked out before launch — whenever that is.

Overall though, I must say the 3DS is impressive. The view angle is great, the graphics are a lot better than on the current DSi, and the 3D works like Nintendo said it would. What more can you want?