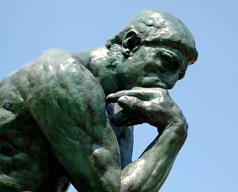 A look at Apple’s new developer licensing agreement a few days ago revealed that the Cupertino-based company may have just completely blocked Google’s AdMob from serving ads on the iPhone and iPad. According to the new terms of the agreement, only “independent” ad-serving companies will be able to serve ads. AdMob, because it’s “an advertising service provider owned by or affiliated with a developer or distributor of mobile devices, mobile operating systems or development environments other than Apple” (i.e. Google), would be restricted from serving ads on apps for the iPhone. AdMob CEO Omar Hamoui confirmed this on Wednesday in an official response from AdMob. Apple has yet to issue a public statement on this issue, but the true winners in terms of ad networks appear to be independent ad networks such as Millennial Media, Greystripe, Medialets and others who can all continue to serve ads on the immensely popular mobile platform.

Some independent networks have been quick to commend Apple. Yesterday, Greystripe issued a statement on its blog expressing its pleasure at the turn of events. “We are pleased that Apple’s new terms and conditions explicitly allow independent ad networks, like Greystripe, to operate on the iPhone and iPad platforms,” writes marketing director Dane Holewinski. “It confirms the value of 3rd party ad networks that enable developers to earn great revenue with their applications.” Greystripe CEO Michael Chang commented to us, “the new terms and conditions provide an advantage for independent mobile ad networks to secure their share of the rapidly expanding market.”

In the long run, however, the picture may not be all rosy for these independent ad networks. Following Google’s whopping $750 million acquisition of competitor AdMob and Apple’s $275 million pickup of Quattro Wireless, Greystripe, Millennial, Jumptap and others must have been salivating at the thought of similarly huge exits.

But the new terms put these networks in an awkward position. If they are acquired by a company, the acquirer can’t be a developer or distributor of mobile devices, mobile operating systems or development environments other than Apple. So that rules out Microsoft, any telecommunications company (AT&T, Sprint, Verizon), Nokia, HP (because of the Palm acquisition), and RIM. So what does this leave? Yahoo, AOL and media companies, including News Corp, Comcast and others. The clause essentially limits the pool of giants who can actually buy one of the remaining mobile ad networks and still serve ads on iPhones, iPods, and iPads.

This is all assuming that Apple enforces the rules uniformly and makes no exceptions. Ultimately Apple can decide to let whoever they want serve ads on their devices. But if they do make an exception, the likelihood that Apple would allow a Microsoft-owned company to serve ads is small if Google isn’t allowed to do the same.

Microsoft could very well buy an independent network, and sacrifice the ability to advertise on the iPhone. Similar to Google, Microsoft has their own OS, and can work to build up that product and serve ads. But Ad networks also have to consider the financial risk of being excluded from the ad ecosystem for iPhone apps. In terms of usage, Apple has about 28 percent of the U.S. smartphone market, according to recent stats from Nielsen. While Android ad impressions are on the rise, the Apple OS is the dominant platform. According to Millennial’s April stats, the Apple OS took a 62% share of Smartphone impressions. And the mobile advertising market is a billion dollar market and is only expected to grow by leaps and bounds over the next few years.

The other twist to this is the FTC’s rumored interest in the debacle. Apple’s policy seems to block specifically Google-AdMob, but of course the excluded list could grow longer if Microsoft or another tech company bought an independent ad network.

In the end, it looks like Apple’s policy could hurt both Google and the independent ad networks at the same time.