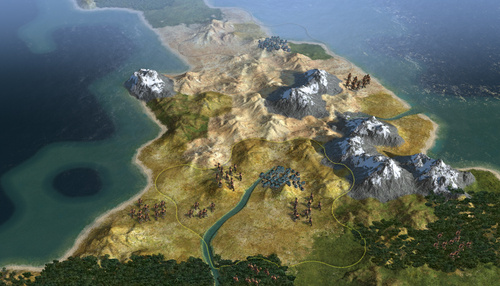 Say, friends, are you excited as I am? Civ V is coming for PCs on September 21 in the US and on September 24 internationally. I love this game so much that I will totally be willing to marry it.

Sid Meier’s Civilization V reinvigorates the classic turn-based strategy genre with an astonishing new engine built from the ground-up for this flagship edition of the Civilization franchise. Players are introduced to a heightened tactical combat system; vast, realistic landscapes to explore; deeper diplomatic interactions; and an array of expanded features that deliver a fully immersive experience providing hours of entertainment as players build and defend their empire on their quest to become the greatest ruler the world has ever known. Additionally, the new in-game community hub allows Civ fans to share content and compete against each other without leaving the game, marking a new era that will forever change the “one more turn” addiction of the franchise.