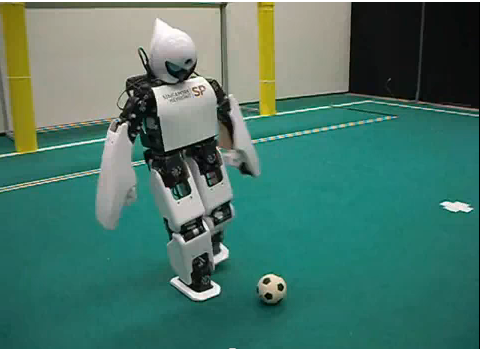 Building robots capable of playing soccer – that’s apparently very hard to pull off, as shown several times in the past. But this new robot, the RoboErectus Jr., is different. Developed at the Robotics Center of Singapore Polytechnic, he looks like he’s a little small, but his moves are pretty cool.

This video shows him kicking a ball:

This video, in which the robot shows a throw-in, is probably the most spectacular:

After scoring a goal, RoboErectus Jr. can wave and bow to the audience, too: