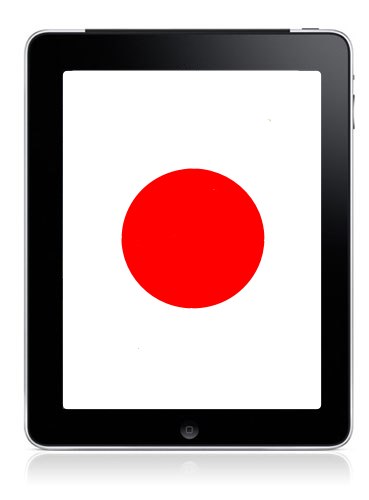 The iPhone turned out to be a mega-hit in Japan’s competitive cell phone market, and the iPad is poised to replicate this success. Tokyo-based market research firm BCN [JP] today said Apple’s share of the domestic notebook market more than tripled in May (on a month-to-month basis) to reach 11.5% – thanks to the iPad.

The firm, which collected POS data from 2,364 Japanese electronics retailers, says Apple’s share in that segment stood at just 3.5% in April. But the iPad (launched in Japan on May 28), helped Apple to eclipse Sony, which – at 9.3% – fell down to No. 5 in the notebook sales ranking (at least for the time being).

Toshiba (22.1%), Fujitsu (17.4%), and NEC (16%) are still leading, but according to BCN, all have been losing market share to big A last month. This isn’t that surprising (Apple surely profits from the “sexy new product” effect) and BCN hasn’t released absolute numbers (neither did Apple itself), but it looks like the iPad is a winner in Japan, too.

Another interesting tidbit of information: BCN also said the iPad is selling about three times faster than the iPhone did in the first ten days after the products lauched on the Japanese market.