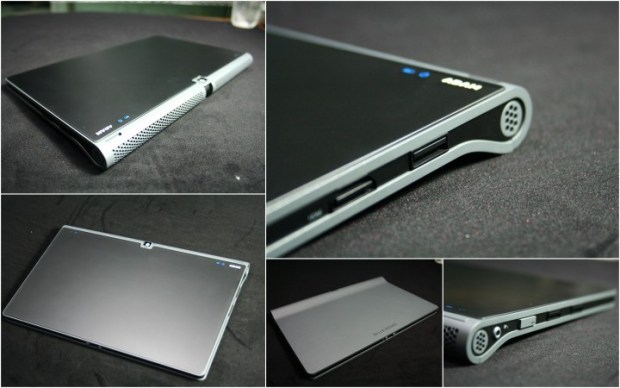 So the reports of the Adam being delayed until November were… partially mistaken. Notion Ink has updated their blog with more particular (and more optimistic) info, though they stop short of providing an actual launch date. “We are on track” is the extent of their hinting, and that’s good to hear (on track implies July or August availability), but there’s more to their post than that.

For one thing, and perhaps it is only I who did not know this, but they are looking at two hardware variants for the Adam in addition to the one we’ve seen. First, a normal LCD screen (as opposed to the Pixel Qi one), and a second, which they say is “extremely efficient on battery and much cheaper as well.” E-ink, perhaps? But with Android? We saw that before and it didn’t impress.

They also tease “wonderful innovations on e-mail front.” That’s good; one feature of the iPad I truly covet is the email client. A tablet really needs a good interface for the few applications that are absolutely proper for it, email being among them. Notion Ink seems to think they’ve got something special for that, and I look forward to it.

Lastly, they have raised an unspecified amount in their final round of fund raising. They’re not disclosing it right now, but they say it’s an emotional day, so it must be more than a jar full of pennies. Hopefully we’ll see the result of that funding in a couple months when they launch the device and SDK.