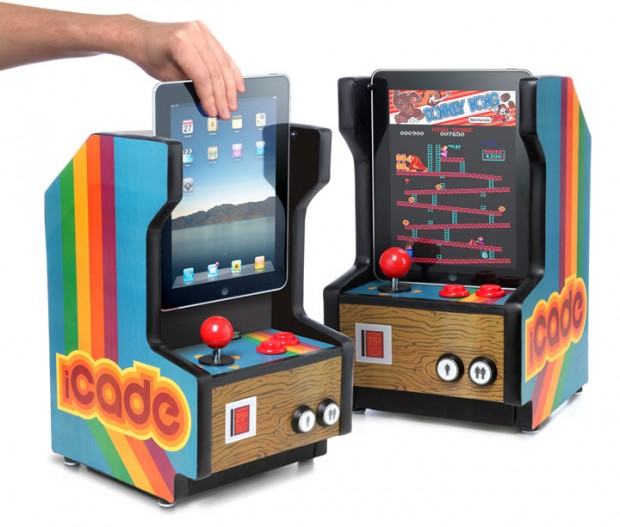 When Think Geek posted this image on April Fools Day, it was apparent that it wasn’t real. While a disappointment to some gamers, it also became an inspiration for one Hideyoshi Moriya.

Using Arduino circuitry, the iPad Arcade is a fully functioning mod. It controls the iPad just as if you were playing a real arcade game. Yeah, it’s not as flashy as ThinkGeek’s version, but remember, they didn’t actually have to make it.

iPad accessory makers need to start thinking up cool ideas like this. They’d be entering a empty market with plenty of customers (hint hint Guitar Hero).