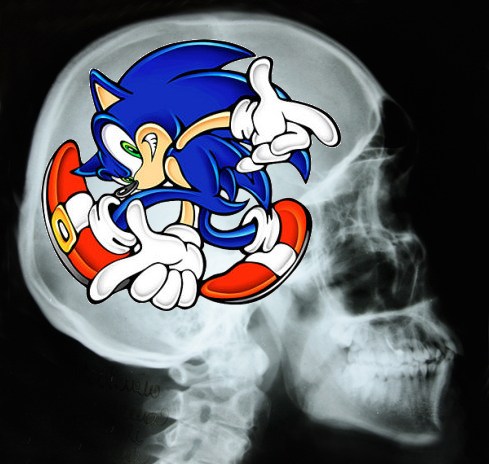 Well, this isn’t really that surprising. It’s pretty much a natural progression from the lifestyle of a gamer. I still remember the amount of processing power (in my brain, you understand) involved in leading off a crossbow shot according to your ping in original Half-Life multiplayer, or how much precision it took to nail a flying light armor with the lazer in Tribes at 20x zoom. But I also remember the long hours spent achieving that level of brisk cognitive potential. Healthy hours they were not. Can you say tostitos?

A number of pro gamers (sorry, “elite cyber-sportsmen”) were poked and prodded during a study at the University of Essex. Their results were not surprising:

One leading gamer in his twenties appeared to be slim and healthy with a physique similar to an endurance athlete.

But tests revealed he in fact had the lung function and aerobic fitness of a heavy smoker in his sixties.

Oh my. On the bright side, pro gamers rivaled fighter pilots in reaction time, and had the same high self-regard and positive feelings of pro athletes.

Well, it’s really not so hard to figure out, is it? Chess champions doubtless are less than Atlas-like, but are still well-regarded. They seem in some ways a more apt comparison, though the active senses of the gamer are indeed more like a footballer than a pawn-advancer. Well. Let’s take Korea’s example: with a national team and entire channels dedicated to competitive gaming, there’s no question that pro gamers there are regarded as “athletes” in some sense of the word.

Anyway. It’s a strange new world we’re moving into, but regardless of whether a UK University declares gamers sportsmen, we know they’re leet.