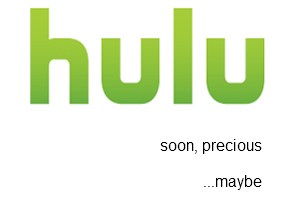 These aren’t new rumors, exactly: we heard Hulu bought a ticket to Xbox-town a week ago, and of course the pay model has been a long time coming. In fact, it was supposed to launch a couple weeks ago. We heard there was a delay, and now “sources” are saying the move to pay (and to other devices, including the iPad) will happen “in the next month or two.” What! That’s as specific as they could get? Some source! Reuters would do better to read CrunchGear.