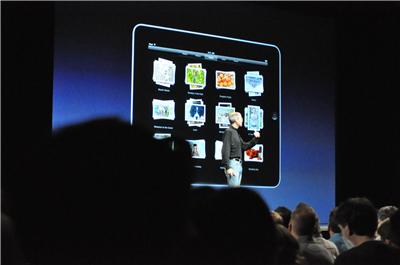 The iPad just sold 2 million units in two months, a pretty huge number for a device with no track record and it does, in fact, get girls interested in you. The device is in 10 countries today and will be in 19 in July. There are also 8,500 native iPad apps available now. There have been 35 million apps download, 17 per iPad.

iBooks has gotten a slight update. In the first 65 days, users downloaded 5 million books, about 2 per user. This amounts to a market share of about 22%. They’ve added a “Notes” feature to the app, which allows you to add small notes to books and you can also add bookmarks for later perusal. The iBook app also reads PDFs, thus killing GoodReader.

This is a very minor update to an already successful product. The only thing that could feasibly change the iPad much more would be a move to iPhone OS 4.0, which we will write about shortly.