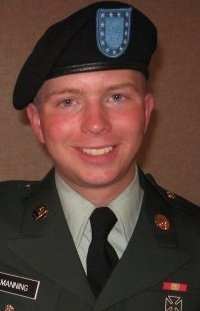 Wikileaks vs. the U.S. Military continues. You’ll recall that the U.S. Army labeled the Web site a “potential force protection, counterintelligence, operational security (OPSEC), and information security (INFOSEC) threat to the US Army.” Now the Army has arrested the person who hundreds of thousands of documents, including that pretty gruesome video from a few weeks back, to the site. The person, a 22-year-old intelligence analyst, hasn’t been formally charged but is being held somewhere in Kuwait.

The analyst, one SPC Bradley Manning, was “ratted out,” if you will, by a like-minded computer hacker with whom he was regularly communicating. Some friend, right?

You can understand the mentality of Manning with this:

Hillary Clinton, and several thousand diplomats around the world are going to have a heart attack when they wake up one morning, and find an entire repository of classified foreign policy is available, in searchable format, to the public.

As for the big video itself, apparently Manning wanted to do the “right thing.” Said one of his friends, to Wired:

That was one of his major concerns, that once he had done this, was it really going to make a difference?… He didn’t want to do this just to cause a stir. … He wanted people held accountable and wanted to see this didn’t happen again

The lesson? When you leak information, for whatever reason, you get in deep trouble. Fine world we live in.