It was eight years ago that Ghyslain Raza slashed his way into our hearts with his Star Wars Kid video. Sadly, Raza suffered from severe bullying and abuse for his video and eventually ended up in a psychiatric ward for children. However, his video was seen 1 billion times and multiple thousands of geeks came immediately to his defense. While those must have been the worst years of his life, things are now looking up. 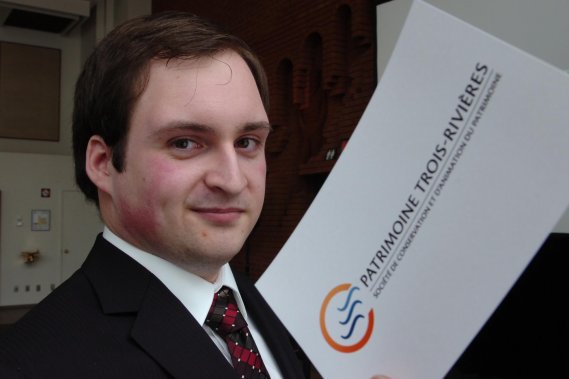 He and his family sued the kids who leaked the video for $250,000, settled, and that seemed to be the end of it. Now, however, Ghyslain just became the president of the Patrimoine Trois-Rivières, a heritage society dedicated to conserving his hometown in Quebec. He’s also working on law degree at McGill in Montreal.

I can’t imagine what the younger Ghyslain went through but I’m sure most of us felt the effects of bullying in our younger years. It’s great to see the Star Wars Kid take the traditional path of the bullied – a few years of torture for being different and then a lifetime of success for that selfsame difference. My bully, incidentally, works at a Kroger grocery store in Ohio, if LinkedIn is to be believed.