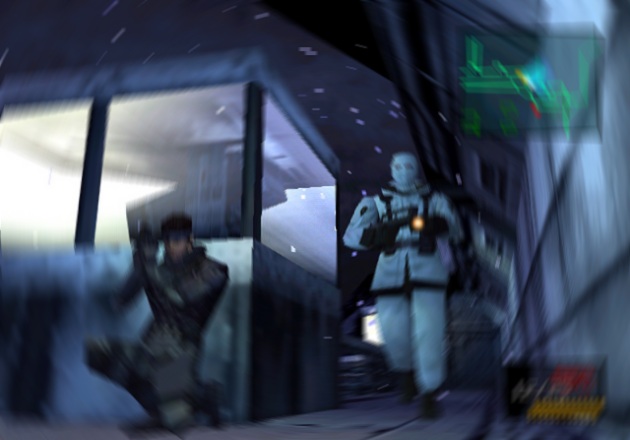 The Metal Gear movie is not going to happen. We’ve known this since January, but now some of the folks that were to have been involved are speaking out. Chief among the speaker-outers is David Hayter, the English voice actor of Solid Snake (and a successful Hollywood writer in his own right, having written (or co-written) such films as the first X-Men movie and The Watchmen ). Hayter says what we’ve all “known” for a while, that Sony Pictures and Konami simply couldn’t agree on a number of things, including money. Hard to make a movie without money.

Hayter had even worked on the script for a bit, but whatever tentative deal between Sony Pictures and Konami fell apart.

You’d sleep well at night knowing that Hayter had a “pretty cool” pitch all lined up. If anyone in Hollywood is going to write the movie, you’d at least want someone who’s lived and breathed the franchise since the late 1990s, and not just some guy who’s a friend of the studio boss. Too bad there was nobody to pitch it to at that point!

But let’s also face facts: given how bad most movies based on video games are, maaaaaaybe this is for the best. You’ll recall that the movie’s ex-producer said it was being iced because, in part, Konami and Sony (who would have financed the movie) couldn’t agree on money matters. Sony wanted the movie made on a $40-$80 million budget, a ludicrously small sum in Konami’s eyes.

It’s an insulting offer when you think about it. Considering that video games these days can, in their own right, cost in the hundreds of millions of dollars to create (see: Grand Theft Auto IV), asking Konami to create a Metal Gear movie for less is silly.

But money issues weren’t the only reason the movie is now dead. Said the producer:

Video game companies are very protective of their property and there are certain things a studio requires freedom-wise to market and distribute a movie effectively in a global marketplace and sometimes getting those two things to match up is really hard. And in the case of Metal Gear Solid, the agendas just….not because the parties weren’t amicable, it was just kind of impossible to get the agendas to match up.

In other words, it’s not that Konami and Sony hate each other, but that Sony wanted more control of the movie than Konami wanted to relinquish. So, no movie.

Considering how cinematic the Metal Gear games already are, I really don’t see the point in making a movie. Well, aside from hoping with all hope that it would be a profitable venture.

Let’s think for a moment: what was the last good video game movie? Final Fantasy: Advent Children was watchable, wasn’t it? At least I remember it being watchable, but it’s been a few years at this point. Silent Hill wasn’t terrible, nor was the first Mortal Kombat movie. (The second Mortal Kombat movie is seriously the worst movie I’ve ever seen.) The Super Mario Bros. movie is a classic in the sense that it’s a Mario movie—how can you not like it?

But, whatever: adios, Metal Gear movie. We hardly knew ye.