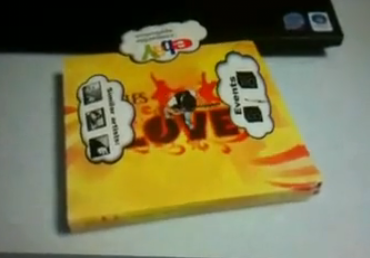 Augmented Reality is a technology I follow regularly as I think it is a potential mobile industry game changer. Lately, a company called Metaio has come to my attention. They are making great strides bringing AR out of its technological infancy with a series of software developments.

The first development to note is that starting today (June 1), Junaio – Metaio’s free Augmented Reality Browser for mobile devices – is available for download in the Android Market. It is already in the Apple App store.

The second is that this Junaio update marks the beginning of a new partnership with Kooaba , makers of image recognition software and the database of images behind it. Metaio is calling the new service, born out of this partnership, Junaio GLUE.

For the unfamiliar, Kooaba’s software allows users to take and submit images of objects to a centralized server, whereupon these images are identified using software and a result is returned. For example, a user could take a picture of a book itself (instead of merely the barcode on the book) and submit that image for decoding. The response could be the book title or other info.

This method of discovery represents a completely different take on identifying objects in the real world, compared to the swiftly developing format of tagging items with 2D barcodes. It also uses a much more complex system of software.

Metaio’s press release sums up the partnership with kooaba this way:

metaio’s exciting new “augmented reality” browser junaio® has extended its capabilities beyond the usual location based internet services. Not only may the user obtain information on nearby POIs like shops, restaurants or train stations, but also the camera’s eye is now able to identify objects and to “glue” object specific real-time, dynamic, social and 3D information onto the object itself. This unique feature is now being extended through collaboration with kooaba and its visual object search capability, providing access to kooaba’s extensive object databases. Initially available on the Android version, an iPhone release will follow soon.

Using the proven metaio technology of image recognition and object tracking, junaio® is able to identify an object through the phone’s camera, access object relevant information through visual search and then virtually “glue” such information displays onto the object itself, rendered in a way only metaio’s famed augmented reality engine can achieve. By moving object or camera the user is able to intuitively interact with the “glued on” augmented reality layer in order to navigate through information, rotate 3D displays, issue game commands, provide feedback, etc.

The talking CD
As a first example users will be able to take any CD cover and access the related online information simply by pointing their smartphone at the CD. This service is available on junaio® within the kooaba channel. It allows the CD’s specific information to be found through kooaba’s advanced visual search capabilities and its extensive CD database. The user will then be able to see the CD internet page and customer ratings, the MySpace profile with its social features and sound examples, 3D animations related to the music category and last not least, find directions to an outlet or concert venue near him. junaio® then “glues” this information directly onto the camera image of the CD, thereby allowing the user to interact and navigate through these displays simply by rotating the CD.
Dr. Till Quack, kooaba´s CTO, says: “CDs are only the beginning. Our database is constantly growing. The visual search and live-rendering will be accessible for more and more services and products.”

This partnership no doubt reveals the strategic importance Metaio places on the melding of traditional Augmented Reality features with advanced capabilities like Computer Vision. Indeed, when I recently asked Metaio Head of Marketing Noora Guldemond if her company was investing in image recognition/computer vision technologies, she cautiously noted they were on top of the concept. It turns out that they likely already had this partnership with Kooaba in place at that time.

So, I said that Metaio is attempting to bring Augmented Reality out of its technological infancy. Does this update graduate the concept to “Toddlerhood”? I don’t think it does just yet. My own tests of the Kooaba channel for Junaio were mixed. When I scanned the only physical CD I could find at my office (everyone uses iPod – that’s a whole different topic for conversation), it did accurately identify the CD. But I found the augmented controls for information, while interesting and whimsical (yes, that’s a little guy playing guitar on the Beatles CD cover), ultimately difficult to use unless movement was kept to an absolute minimum.  I think more UX work is in order for these AR overlays. That’s just my opinion though.

Whether or not this approach is a completely bullet-proof execution is not the point I am trying to make. These kind of concepts are undeniably important in our progression for interacting with data out in the real world! What I think is important to note here is what this partnership means in terms of the direction of the industry. While it may not seem like it on the surface, this little example of computer vision is a bold step. Object recognition and processing are incredibly complex. Just think about what really happens in our brains as we identify something as simple as a street sign while driving? We read or identify the symbol on the sign based on our past learned experiences and then decode that sign. Meanwhile, we may be moving at a high rate of speed or on multiple axes and there may also be other moving objects (cars, other signs) moving in front of or behind the sign as we are decoding it – there are many variables to consider and we take all this for granted. Imagine compensating for all of the possible variables and expressing that capability as a piece of software?

Therefore, I think this baby step in the direction of intelligent image recognition integrated with Augmented Reality displays is worth mentioning. What do you all think?