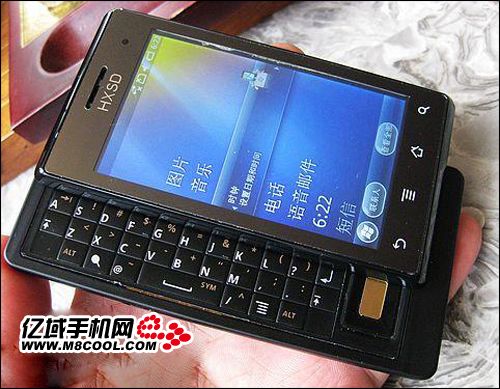 You have to admit, that’s a good looking clone. Sans the logo up top, it looks nearly identical to the Motorola Droid. It’s nearly the same phone under the hood, too, with a 533MHz Huawei instead of the Droid’s 550MHz chip and both running 256MB or memory. But then there’s the OS. The Chinese clone is rocking out with Winmo 6.5. Sad, right? This little guy could have had such a better life, but is instead forced into serving out its days with a dead operating system. [M8cool via Cloned in China]