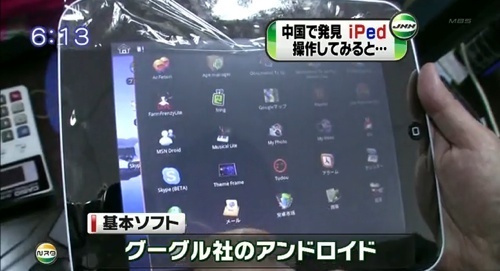 The iPed? Well that’s fine then. If it had been iPid, well, then I would have thrown a fit—that’s my idea! It’s in China, of course. You know, the land of bootleg electronics.

Another potential headline for this post could have been: “Lots of hydrogen found in the Sun.”

In any event, it’s the iPed, yes, and it’s a bootleg iPad knock-off on sale in Shenzhen, China. That’s the location of the infamous Foxconn plant, where workers have just been given a raise. Yay~!