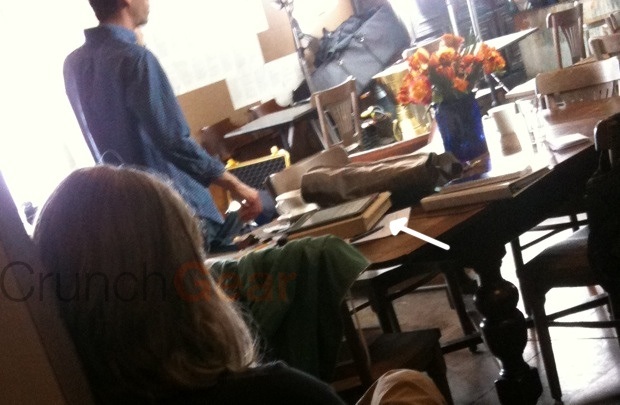 An anonymous tipster has confirmed the long-whispered rumors that Amazon will offer a Kindle that isn’t white. A mystery unit, described by our tipster as “exactly like a Kindle DX but black,” was being photographed at a Seattle coffee shop (with a 5D mk II, he or she notes) and Mr/Mrs Tipster had the presence of mind to snap a picture before they put it away.

A quick google suggests that this isn’t the only one out there; a report from only a few days ago describes a black Kindle with no keyboard at all. There is no guarantee this wasn’t an iPad, but it’s intriguing nonetheless. That Amazon is photographing the unit now suggests a final design and an imminent launch. In the next month, even?

New colors don’t necessarily mean new features, but I wouldn’t be surprised if the Darth Kindle sported an updated screen, and perhaps more internal memory. A refresh like this (visual and performance-wise) would be a good holdover for people already invested in the Kindle ecosystem. 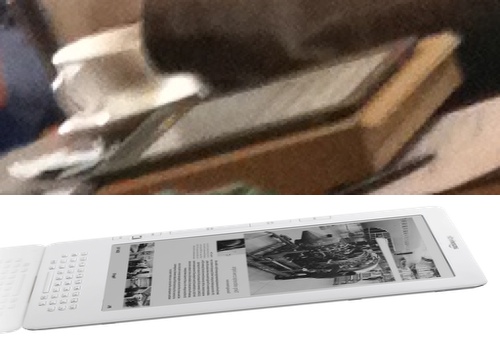 Update: Here’s a comparison with some (really) bad image manipulation to show the DX at a similar orientation. As you can see, the spacing of the buttons seems right, and the shape as well. I think it’s legit. Amazon shooting this in the middle of the day at a coffee shop in Seattle seems to be asking for it, though. They were probably hoping for a little buzz.

If it’s fake or just a skin, well, it’s the usual CrunchGear punishment for me: forty lashes with a wet noodle.